Daddy Dave recently took a pretty hard hit as the Goliath Chevrolet Nova slammed into the wall during a pass at No Prep Kings at South Georgia Motorsports Park.

Dave lined up next to fellow NPK competitor, Bobby Ducote. Because Ducote was likely aware that Dave’s car would make a much faster pass, he would need to guess on the light instead of waiting for the signal to go. A successful guess had Ducote off of the line first and Dave was left to play catch up.

Ducote would end up beating Dave to the finish line. However, after the fact, when Dave would deploy his parachute, this is when things went awry. The accident happened at the big end of the track after the racers crossed the finish line. Following the deployment of the chute, Goliath veered hard right and destroyed the front half of the car.

It’s unclear exactly what caused the accident just yet as Dave hasn’t spoken out on the matter. We do know that he was able to walk away, though. The level of safety equipment involved in this sort of racing helps drivers make sure that they’re able to stay in as good of shape as possible.

Street Outlaws No Prep Talk reports that the incident was during the “race your way in” portion of the race. Both cars were eliminated in the first round of last week’s event and needed to win to get in.

Fortunately, all NPK cars are equipped with top-notch safety equipment. A wreck like this goes to show that nobody is immune to a bad day at the track and safety measures are put in place for a reason.

Hopefully, Dave will be back in action soon. We would probably guess that he’s already back at it, trying to get his ride ready for the next outing.

Below, the pass was captured by a YouTube user by the name of CHEVY Triple Nickel 555. 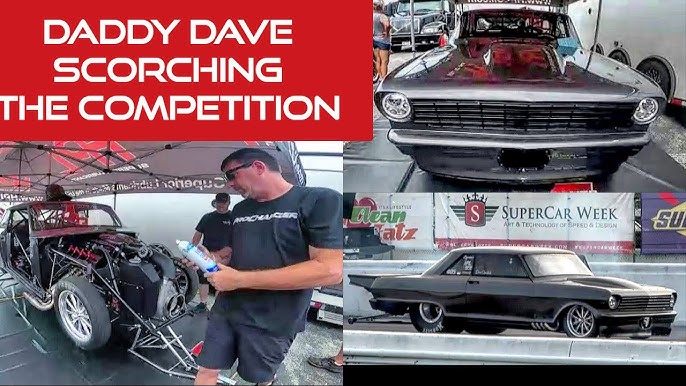