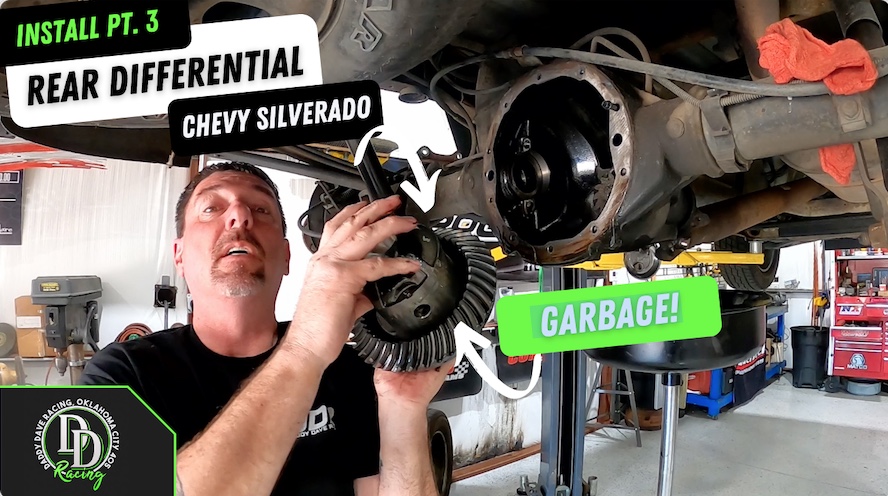 A lot of times, when folks are building their hot rods, they think about making as much power as possible. That is all well and good. However, without thinking about some of the other systems onboard, lots of power isn’t going to do you very much good.

Instead, with the wrong platform making too much power, one might simply find that they end up breaking a bunch of parts or not performing at the most efficient clip.

As is the case with Dave’s new Silverado, one of the weak links on the truck is going to be its rear end. The regular cab short bed Silverado has become very popular for hot rodding. However, pretty much anybody who has gotten behind the wheel of one of these things has found that the 10-bolt rear end isn’t necessarily something that’s going to be able to handle very much abuse.

With that in mind, after hooking his truck up with a ProCharger setup, Dave decided that upgrading the rear was only right. At the end of the day, one serious hit on this thing at the track would probably have left the internals of the rear end in a million pieces.

By following along with the video below, we get the latest on Dave’s project Silverado and what exactly he’s been up to along with a little bit of tech knowledge.

« The Internet Struggles to Figure Out How This Jeep Wrangler Came in For Service Needing THIS MUCH WORK!