It has been a couple of years since we have seen one of NASCAR fans’ favorite ...

It has been a couple of years since we have seen one of NASCAR fans’ favorite drivers hit the track. However, Dale Earnhardt Jr. will be in competition once again as the summer of 2021 turns to fall.

Over on the Junior Motorsports Facebook page, we would see the announcement that Dale Jr. would be driving the Xfinity Series race at Richmond Raceway on September 11. This is the first race that the star will have participated in since 2018 when he placed fourth at that year’s Richmond race.

Besides the fact that we’re sure that Junior is absolutely itching to get in the thick of things every once in a while, it seems as if his motives surround a good cause. This time, Junior’s car will be clad with Unilever’s “United for America” paint scheme. The scheme is designed to honor the victims of 9/11 as well. Onboard, we find a spot to honor the “Tribute in Light,” a tradition that uses a pair of light beams to represent the twin towers, illuminating the sky above Manhattan.

Junior says 9/11 is important to him not only because of the sacrifice that we saw exhibited on that day but also because of how he can remember how it united us all as Americans. In a day where every turn looks to divide us, things like that are important to remember during a time where division seems to be lurking around every corner.

Down in the video below, we get to hear Dale chime in about what this race means to him and what we can expect to see this upcoming September. The last time that the racer saw the track in Richmond, it would be to the tune of a 4th place finish. Will you be watching to see if the number 8 Chevrolet can beat that mark this time around?

Dale Earnhardt Jr. Ponders What Dad Would Think if he was Still Here Today 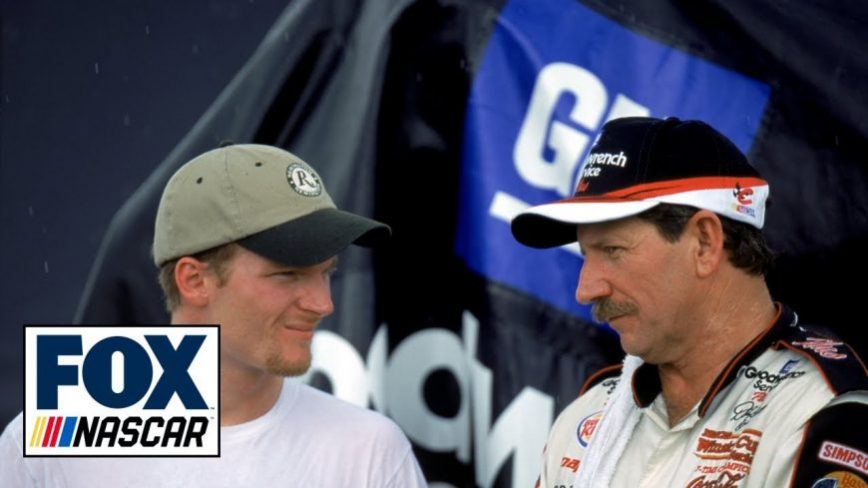