In the world of Dennis Collins, it almost seems as if he and his crew are on a ...

In the world of Dennis Collins, it almost seems as if he and his crew are on a never-ending adventure. One moment, they might be hanging out in the shop but if Collins finds a deal, the crew will all be ready to get on the road and go see what kind of treasure might be lurking around the country.

This time, Collins and company just so happen to stumble upon a graveyard filled with old school muscle cars among some other classic machines. As the seller said that there were some interested parties, Collins basically had to drop everything and leave. There aren’t too many professions where it’ll make sense to drop all activities and go shopping for cars that are a couple of hundred miles away. In the world of Collins, though, things like this seem to be his bread and butter.

Within just a couple of moments, at least on video, we watch as the entire trip is coordinated and the crew is off and running. Sometimes, we’re sure that it can be hard to sit tight while there’s a potential goldmine lurking at the end of a couple of hundred-mile road trips.

Down in the video below, we get to be a part of the action as the crew attempts to find some machines worth rescuing. One of the crazy things is just how many different finds these guys end up coming up with. It’s absolutely mind-bending to think that some of these incredible machines are just sitting around and going to waste.

Luckily, there is some awesome barn find hunters out there who are looking for one man’s trash that could quite easily become another man’s treasure with a little bit of elbow grease and a good plan to quickly put into bold action!

A Look Inside Where $300 Million Cruise Ships go to Die 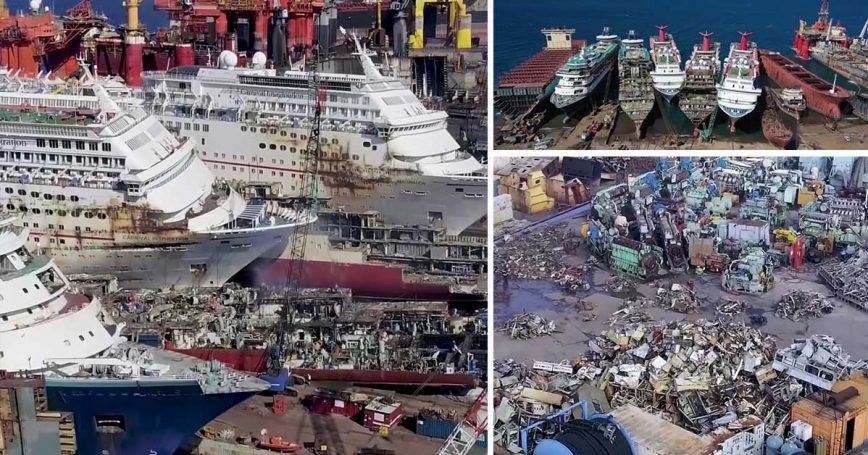