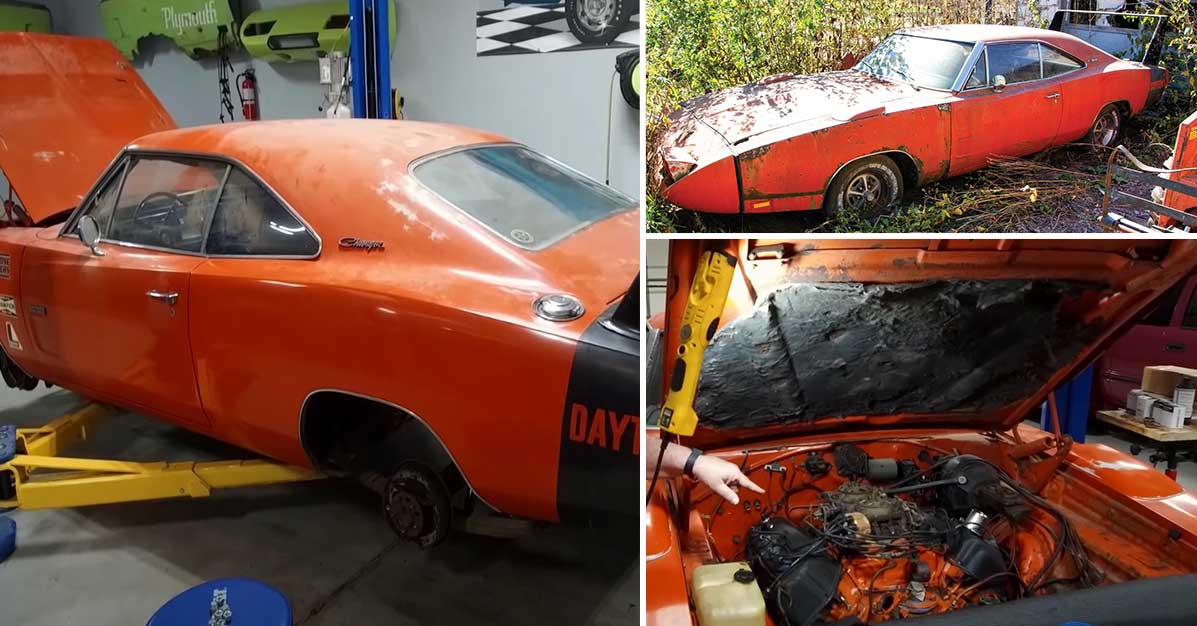 As time goes on, being able to say that you have an all-original classic 60s muscle car is becoming a bigger and bigger statement to make. Any car from the decade has now flipped the calendar to over 50 years old, so it’s pretty close to impossible to come across a 60s barn find that hasn’t been rusted to the ground or highly modified in one way or another. Let’s just say that mother nature doesn’t always seem to be too fond of sheet metal.

For those who have been in the muscle car market, they’ve likely noticed that something decent is sure to bring a premium if it ever hits the open market.

However, we absolutely wouldn’t blame the owner of this 1969 Dodge Daytona that is just about completely original, if he wanted to hang on to it forever. Winged Mopar cars have a pretty massive following in the collector’s community and this one is a pristine example of what one would’ve seen rolling around in the late 60s or early 70s.

This particular example was produced to race on a NASCAR circuit back in the late 60s. Seeing one of these things that were built in the street is cool enough but learning that this car has a little bit of history behind it is even more awesome. According to the car’s current owner, a previous owner might have added some high-performance headers and changed out the wheels. Other than that, though, this incredible machine is exactly as it was built right down to the tires.

By following along with the video below, we get an up-close and personal tour that takes us along for a very special ride. We would keep our eyes peeled because this might just be the one-of-one machine that Mopar fanatics have been dying to see.