Dissecting the Lightning Powered SUV That Ford Hid From the World

Dissecting the Lightning Powered SUV That Ford Hid From the World

It’s pretty much undeniable that the Ford Lightning has become an iconic truck. ...

It’s pretty much undeniable that the Ford Lightning has become an iconic truck. Regardless of if someone is a fan of the blue oval or not, it’s hard to deny that the model has had a major influence on heavyweight vehicle performance as we know it. As such, the Lightning seems to be pretty well respected around the community.

What if we told you, though, that there was a lot more performance on the way from the Lightning platform but the ideas never made it to market? Not only is that true but Ford kind of hid these developments from the world.

Now, we aren’t necessarily saying that it’s top secret or anything like that. At the end of the day, automotive manufacturers don’t necessarily go around bragging about all their vehicles that never made it to production. However, in an investigative report from Donut Media, we learn about a bigger brother to the Lightning that we think a lot of SVT fans would truly enjoy.

The model was appropriately titled “Thunder” and would essentially take everything that we know about the Lightning and put it in a Ford Expedition. It would be a pretty easy swap because the expedition sits on the same bones as the F-150 that the Lightning was built on which makes it a pretty much direct swap.

At the end of the day, while the concept of a Lightning SUV, if you will, is incredibly exciting. However, the story behind it isn’t all that romantic. Instead, it was determined that Ford would just drop the idea entirely because a new Expedition generation was coming out in two years. With that, it didn’t make much sense to create an entirely new model just to have it run for a year before dying.

When we throw in the fact that the Lightning would be discontinued after this generation, the chances for the Thunder would die right along with it.

Down in the video below, though, we learn a little bit more about this truck that literally has only one example in the world. For somebody who has the prototype, they have a true one of one collector’s piece that is truly unrivaled. However, in terms of Ford making a performance SUV, we aren’t really sure if that’s ever going to come to life or not.

Maybe one day, we will hear the Thunder roar to life. 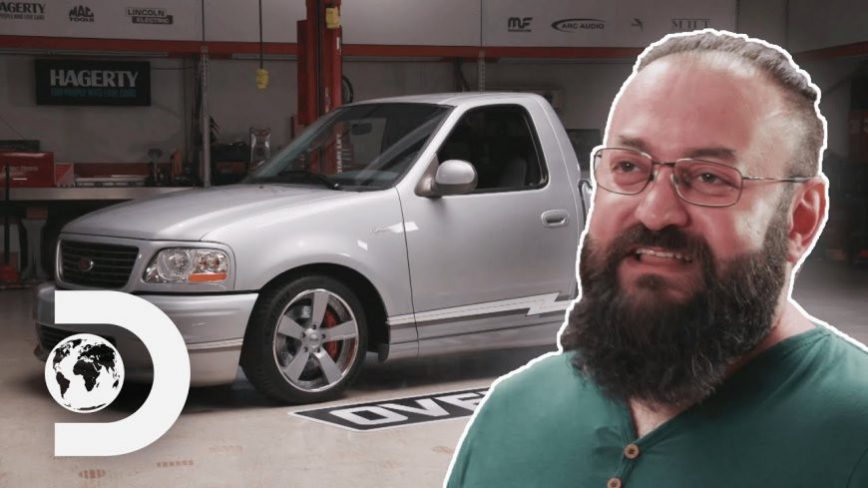