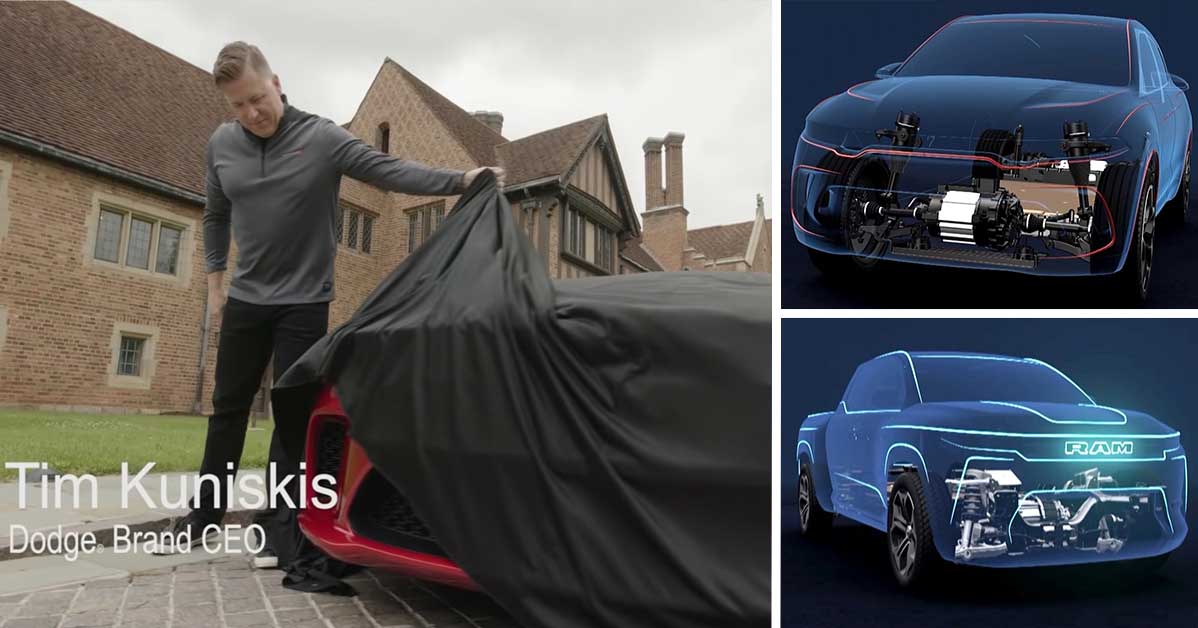 On  Stellantis’s EV Day this past week, the CEO of Dodge, Tim Kuniskis, made a pretty big announcement.

In a somewhat confusing play on words, the CEO announced that Dodge will not sell electric cars but instead create “American eMuscle.” He would then go on to explain that basically, an eMuscle car actually is an electric car so I guess they are selling EVs. The concept, though, seems to be that an “eMuscle” car won’t sacrifice the fun-to-drive factor.

We didn’t really get that many details on exactly what that’s going to entail just yet aside from the targeted launch date of 2024 and the fact that it will be a fully battery-powered electric muscle car.

Kuniskis would continue that Dodge is embracing ingenuity and that this is the natural evolution of the modern muscle car. At the end of the day, he kind of does have a point even though this step in the evolution of the muscle machine is perhaps one of the biggest. Going from carbureted to fuel injected is a little bit more subtle of a change than completely throwing fossil fuels in the trash and starting over which seems to be the outlook here.

What we did gain through the presentation is that it looks like Dodge is really trying to reach out and assure shareholders that things will be OK. We get this feeling because of the substantial chunk of the presentation that was dedicated to trying to convince us that millennials are going to love the new electric vehicles because the age group has a high EV acceptance rate and that they seem to be in love with the brand already.

Last but not least, it seems as if Dodge is convinced that electric performance is going too far outperform the abilities of the combustion engine before long as the new slogan reads out “Performance made us do it.” With the specs on models like the Tesla Model S Plaid that just set a quarter-mile speed record, I don’t think that’s too far-fetched of an idea.

While this is certainly a departure from Dodge’s current “stuff a Hellcat engine in everything” business model, it’s going to be interesting to see what they come up with.

« Manufacturing Plywood Boards, Then and Now