The Fastest Production Car Money Can Buy is Now a Tesla (Faster Than the Demon & Every Bugatti Ever!) 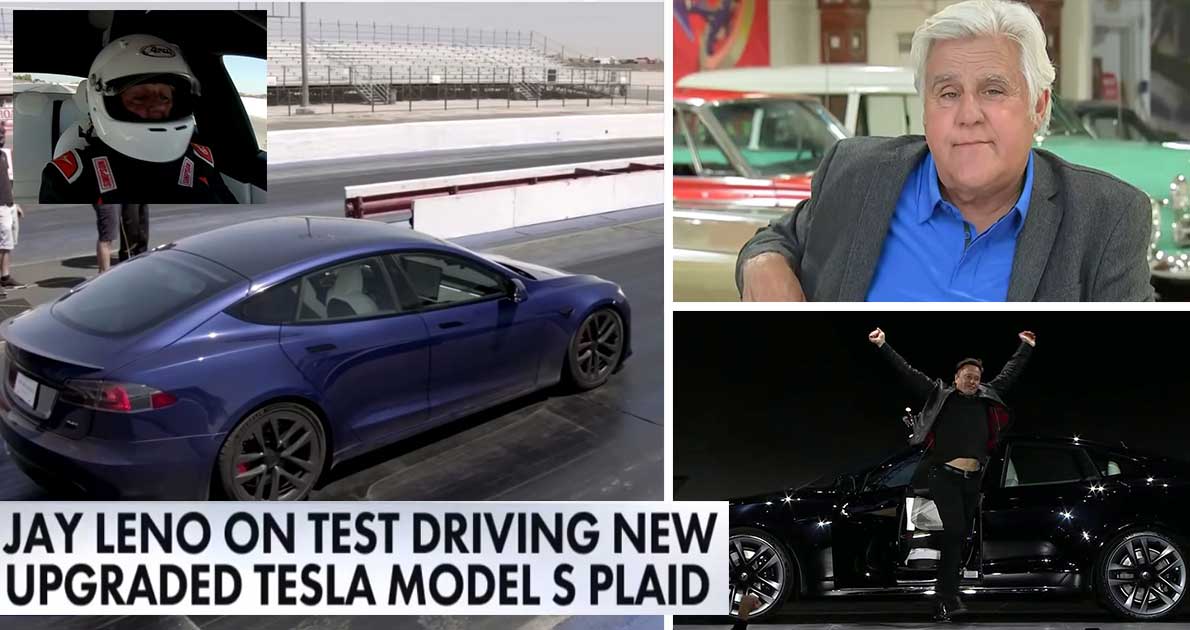 It seems as if we might have a little bit of a battle on our hands shortly.

Naturally, internal combustion engines have absolutely ruled the roost when it comes to going fast. If you take a look at pretty much any quarter-mile record list, most of the list is going to be combustion-powered. However, with the way that things are changing, that might not be the case for long, especially when it comes to some recent testimony from Jay Leno.

Sure, a lot of consumers realize that electric vehicles are coming to the market and are likely going to take up a pretty good market share in the coming years. However, what many folks might not realize is that these cars aren’t simply good for saving on operating costs.

Oh no, they’re also pretty potent from a performance standpoint as well.

You see, electric motors are good for creating a lot of power and doing it efficiently. From there, this power doesn’t have to go through a variety of components like a transmission as it would with a combustion-powered vehicle before making it to the ground. Therefore, we see a large and instantaneous amount of power being put to use all at once with EVs.

This is a formula that the combustion-powered crowd has been trying to figure out basically since the beginning of drag racing.

With that, we are left to wonder just how fast these electric-powered vehicles can be. Sure, the Tesla Model S has been impressive but could one of these machines go out there and compete with the big dogs?

The answer to that question: absolutely.

Down in the video below, we ride along with Jay Leno as he spills the beans on the Model S Plaid. On an episode of The News With Shepard Smith, Leno spoke a little bit about his experience, where he says that the Tesla managed 152 mph in the quarter-mile.

For the sake of comparison, drivers can expect a Dodge Demon to conquer the quarter to the tune of 140 mph. A car like a Bugatti Veyron manages 146 mph in the quarter.