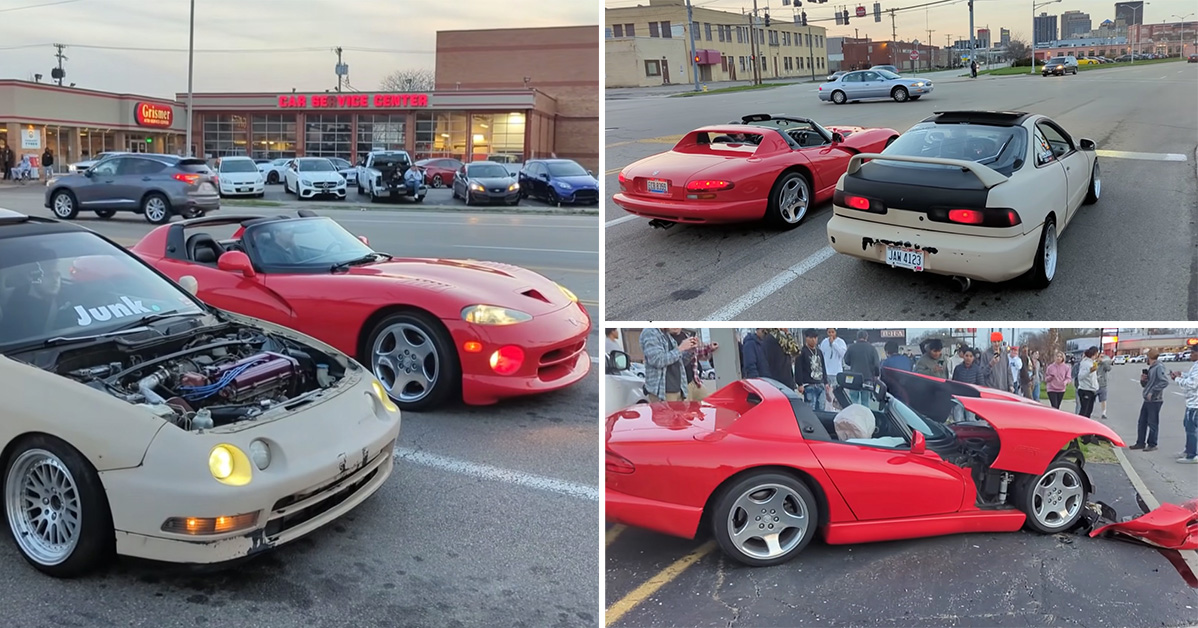 No matter where a race is taking place, there’s always an element of danger lurking right around the corner. In drag racing, sometimes, it can be difficult to get power to the ground efficiently. This is especially true when it comes to playing games on the street where no preparation has been done versus a track where glue certainly helps matters.

No matter what the surface, tires can spin and lose traction which, if not handled properly, can end with a vehicle veering off of its course and in a dangerous direction.

This time, we check in with the video that was apparently filmed following a car meet. When the owner of an Acura Integra pulled up next to the owner of a Dodge Viper at a red light, the race was on. However, if either party knew what was about to come next, we highly doubt that either would’ve participated in this race at all.

If you ask anybody who has driven a Dodge Viper, they will probably tell you that it’s a car that can be pretty easy to get away from you. Not only do these things make good power but it’s more of a raw power that provides quite a driving experience. However, in the wrong conditions or with the wrong driver, this driving experience can quickly turn into a bad time.

This time, that “bad time” is exactly what we watch unfold for the owner of the Viper. Shortly after taking off from a light, the back end of the Viper would lose control, sending the car veering across the path of the Acura that it was racing and over a curb. Unfortunately, the car plowed straight into a light pole and the light pole most certainly won that battle.

While the Dodge was sitting in pieces, definitely not taking the hit well, the driver was able to exit the vehicle and did appear to be alright.