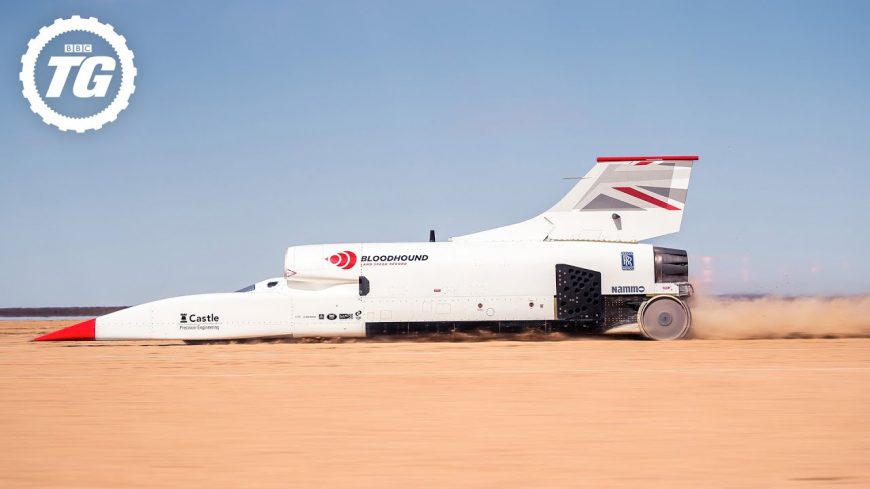 Going fast isn’t an easy task on most accounts. This is especially true when it comes to speeds of over 600 mph. In order to reach those speeds, it’s going to take a ton of power. However, that might actually be the simplest part of the entire equation. The other parts can get a touch more complicated and the driver’s personal safety depend on them!

Building a vehicle to really tackle those sorts of speeds isn’t going to be anything short of a complete marvel of engineering. There are lots of things to be considered. Not only is this thing going to have to be aerodynamic to cut through the wind. It’s also going to have to be able to stay planted on the ground. After all, a projectile at over 600 mph isn’t going to be something that a pilot wants to be stuck in. This doesn’t even begin to bring into account forces like friction that come into play.

On top of all of that, it’s not exactly like there’s a roadmap here.

With something like building a racecar, it has been done over and over again. Therefore, if a builder runs out of ideas, they can reach out and talk to the community or find answers online. We would venture to think that the amount of people who have gone this fast or even remotely close to this fast on the ground is probably slim to none.

By following along with the video below, we get to catch up with the machine that does just that. In this feature by Top Gear, we really dig down deep and find what it takes to be able to tackle such speeds. In this particular display, 628 mph is on tap. However, the project known as “Bloodhound” strives to reach 1,000 mph.

Just imagine being in the cockpit of something going that mind-blowingly fast!