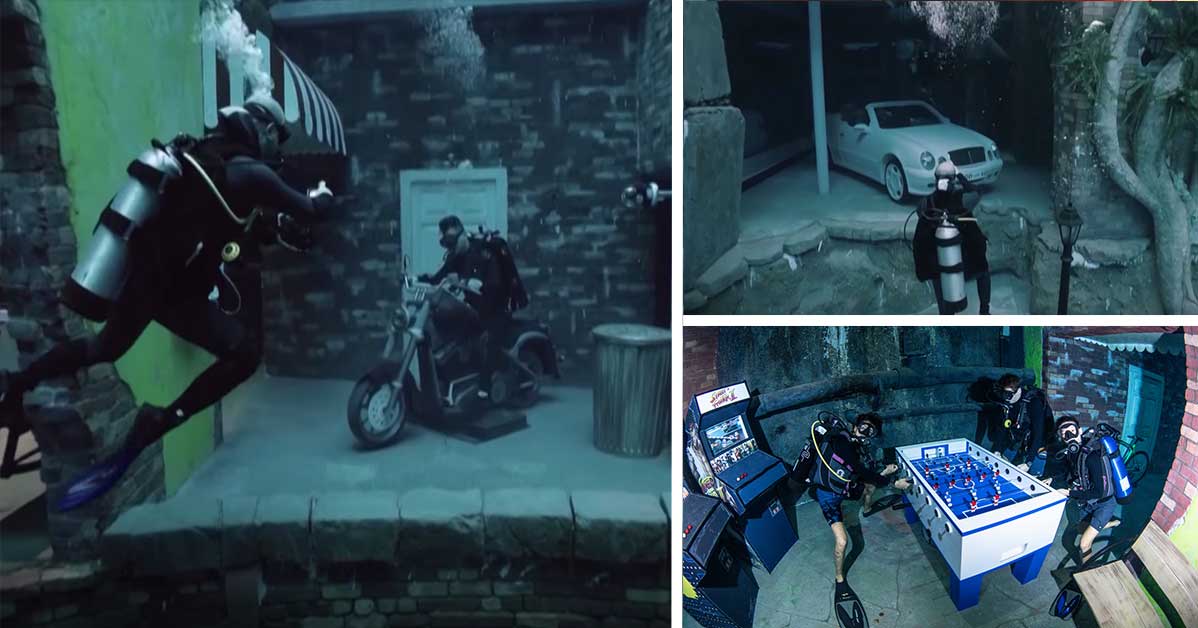 For those who are afraid of a little bit of deep water, we would probably recommend looking away at this point.

Over in Dubai, they have been known to break a record or two. Let’s just say that when it comes to building the biggest things, Dubai is on the cutting edge. The most recent structure to add to the record books is that of the world’s deepest pool.

At 197 feet deep, divers who explore this pool will have access to a sunken city as they navigate the carefully crafted cave. Filled with 14.6 million liters of water, the cave is akin to six Olympic sized pools combined into one. This isn’t just any structure, though, instead, the underwater city has all sorts of things that one can explore. From shopping malls to pool tables and all sorts of other carefully crafted venues, there are all sorts of things in the various caverns.

Another neat part about this monstrous creation is that it doubles as a film studio. Within, there are not only tons of interesting features that would make for great movie scenes but also lighting that really helps the cause as well. Keep an eye out for some of the features to pop up in your favorite films in the near future!

As of right now, the pool isn’t available to the public but instead is only open via invitation. However, the plan is that the massive facility will soon be open to all.

Down in the video below, we get to check out an attraction that is unlike any we have ever seen before. After seeing this underwater city do you think that you would be brave enough to take on the depths and explore what lies beneath? It most definitely looks like it has the potential to be the experience of a lifetime.