Dude Makes “TV Hood” Out of Epoxy and LEDs – The Next Big Trend? 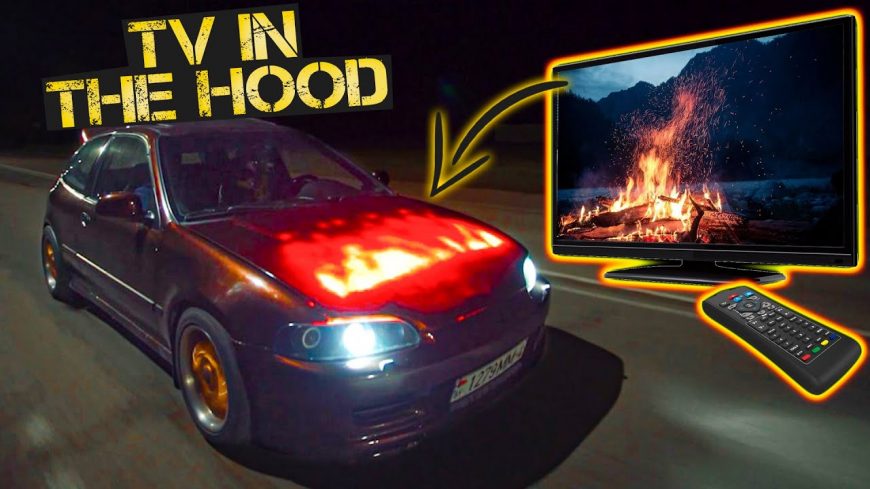 With every year that passes, automotive culture changes. Whether it’s the types of cars that are the most popular or maybe the modifications that the masses are doing to those cars, looking back over time will show a variety of different trends taking off. Some of these trends stick around for a while and become staples of car modification culture and others seem to fall by the wayside as they are dismissed as novelties.

This sort of quick-moving culture is dependent heavily upon the evolution of technology. As technology gets better, we’re able to do a lot more with our cars as things just get cheaper over the years. For example, putting a touchscreen in one’s dashboard could be accomplished for a few hundred bucks these days or less depending on if you’re willing to gamble on one of those no-name imported units. Back when the technology was emerging, though, you’d have to pony up a lot more cash to get a touchscreen in your car when nobody else had one.

This time, we check in with a modification that is nothing short of completely custom and unique. We aren’t quite sure that this is something that will catch on or even be replicated but if the technology behind it gets cheap enough, we’re certain that more than one person would be willing to try it.

The owner of this particular Honda Civic thought it would be a good idea to take his hood and transfer it into a television screen. With LED lighting at his fingertips and epoxy to make everything blend together, the project was on! Before we know it, the pieces are coming together and the hood of this Honda can showcase different patterns and designs, giving it a unique look each and every time that the owner dials in whatever vibe they’re feeling.

The video below not only gives us a good look at this unique modification but also shows us how it came together. This might not be something that’s for everybody but we have to admit that the ingenuity involved here certainly makes this modification outstanding.