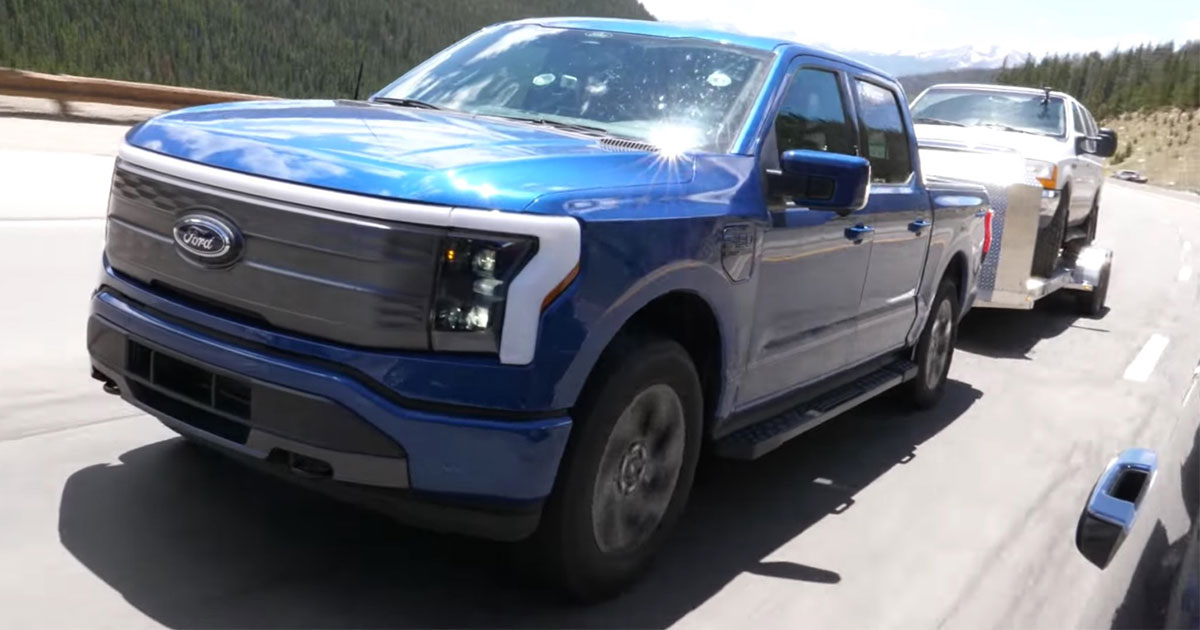 As we move toward 2023, it appears as if electric vehicles will be a pretty substantial part of the automotive market. For exactly how long they will hang around or if they will become the primary form of personal transportation is really hard to say. What we do know, though, is that there are a ton of electric models coming out this year and over the next couple of years that are definitely going to have our attention.

When the spotlight is bright, though, the pressure to perform is on. Let’s just say that Ford’s new electric Lightning pickup has an uphill battle to impressing the truck community – no pun intended.

In any case, the Ford F-150 Lightning is something that we’ve been excited to see in action. Cleverly rebranding the “Lightning” moniker that was once attached to a high-performance regular cab short bed F-150, the new Lightning goes EV and makes a lot of promises, doing so without sucking a single sip of gas. Those behind the truck seem to insist that it has been built for not only to work but also to bring luxury to the driver and also the latest in technology.

One factor that has really been raising a lot of questions is the towing capability of such a model. This time, our hosts over at The Fast Lane Truck take it upon themselves to show us exactly how good of a towing machine the electric pickup truck can be. By taking it to what they call the “World’s Toughest Towing Test” at at the Ike Gauntlet, the Lightning will really get put through its paces in the mountains. The Gauntlet is an 8-mile stretch of road at a 7% grade which is the maximum allowed on public highways.

Down in the video below, we get to see what might just be the future as this electric truck takes on the toughest towing test in the world.