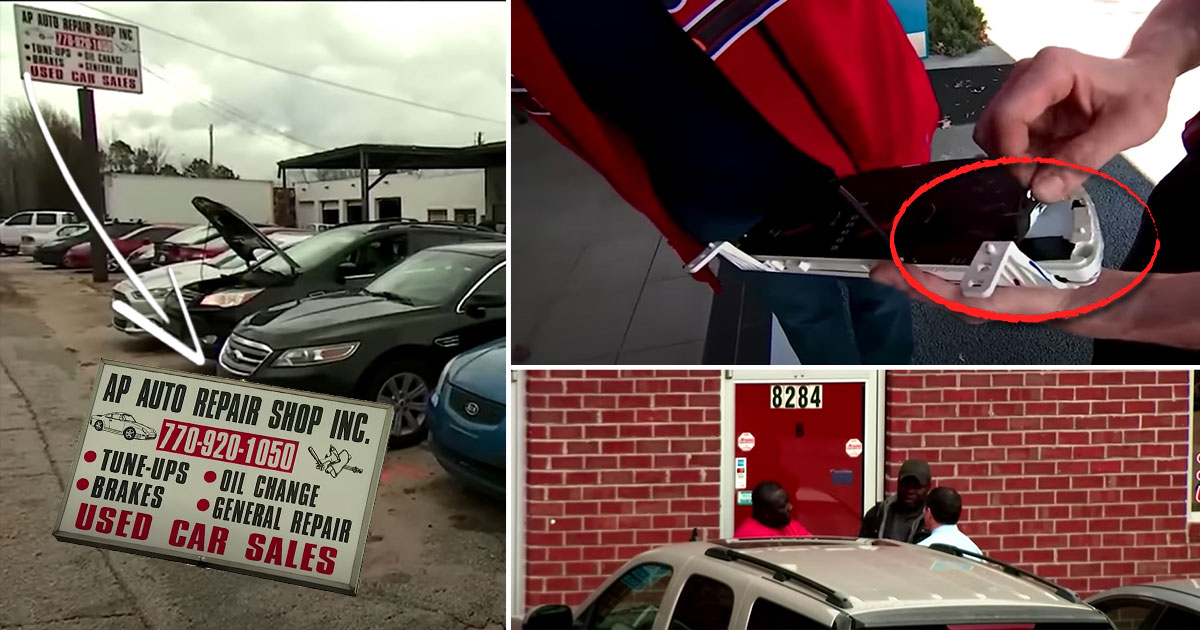 It’s really understandable that folks who don’t know all that much about vehicles can be rather intimidated when purchasing one. Whether it’s a car dealer or a mechanic, there are some not-so-honest people out there around seemingly every corner who will do their best to snatch a dollar without providing value in return.

This time, we check in with CBS46 Atlanta which caught up with an engine light tape trick that has been around forever and apparently was used by a car dealership or mechanic to help sell a vehicle with issues.

Essentially, the trick is rather simple. Instead of taking the time to address the check engine light and fix the problem with the car, the person responsible for the repair will instead take a piece of black tape and stick it inside of the gauge cluster, obscuring warning lights so the driver can’t see them. The result is a car that looks like it has no issues but upon further inspection, machines like these are either going to start undergoing major mechanical problems that are rather obvious or they’re going to fail an inspection because these sorts of lights will present themselves when the vehicle is plugged in for diagnostics, regardless of if the physical light is seen or not.

In the video below, we check in with the victim who bought a Toyota Camry and couldn’t do anything with it because the car wouldn’t pass a vehicle inspection due to this black tape trick. In addition, we get some other helpful tips such as the one that tells us to read the Carfax and take it seriously along with having a used vehicle inspected before purchase if you really don’t know what you’re doing.

Knowledge most certainly is power especially when it comes to the used car world because when we get down to the nuts and bolts, there are people out there who aren’t incredibly honest and will take an honest person’s money if the opportunity presents itself.

« Father & Son Garage Built ’69 Chevelle Looks Like it was Built by Pros!