When we really dig into all that Elon Musk is capable of, it’s less and less of ...

When we really dig into all that Elon Musk is capable of, it’s less and less of a shock that Tesla managed to come on the scene and take over so quickly. For those just analyzing the automotive industry, it might’ve been a little bit of a surprise as there have been very few newcomers to really make an impact in the market. However, when we reverse engineer everything and realize that the man behind it is creating rocketships and high speed means of engineering under the surface of the earth, it kinda puts things in perspective.

As we all know, one of Musk’s other ventures is SpaceX, a space exploration company that designs rockets that would ideally take people to Mars one day. Before he came on the scene, colonizing Mars seemed like something that would simply never happen. However, upon listening to this guy talk, it seems like more and more of a reality every day. At this point, in fact, it doesn’t seem as if it’s going to happen but instead when it’s going to happen.

We aren’t too sure if anybody has point-blank asked Musk when exactly he thinks all of this is going to come together, though. However, Joe Rogan took the opportunity to do just that on his podcast when he shot the question straight. How long is it going to be until we colonize Mars?

The answer was actually relatively surprising because it didn’t seem like it had much to do with traveling safely. Instead, Musk answered with the concept of building resources on the red planet. It’s not so much about getting there but instead being able to sustain life in the case that spaceships would stop coming. In other words, if, for some reason, down here on Earth things had devolved to a point where spaceships couldn’t be launched anymore, would the planet be able to survive by itself?

The video below presents the segment from one of Rogan’s recent podcasts where the two men dig into the idea of living on Mars. 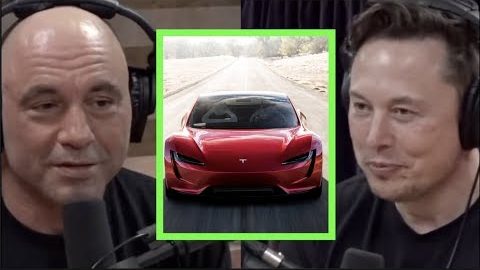