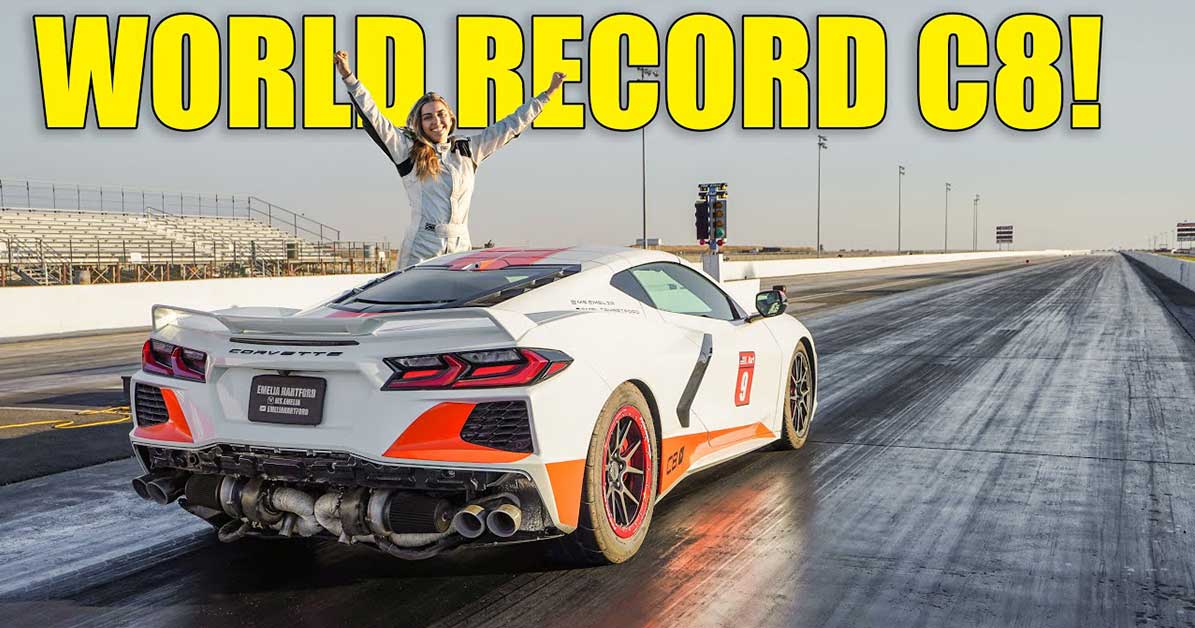 Those who have been following closely, they likely have noticed that there has been a frantic race to be the first and the fastest with the latest Chevrolet Corvette on the streets. With the C8 switching up the configuration a little bit and shifting the engine to the center of the car instead of the front, there has been a little bit of a learning curve to take on. However, it seems as if a couple of folks have quickly managed to get this entirely new combination to do some pretty impressive things on the drag strip.

Those familiar with the C8 record community have probably already heard the name “Emelia Hartford.” Hartford would become the first to have a mid-engine Corvette make over 1000 hp on the dyno.

Something like this is definitely call for celebration and celebrate they did after all of the hard work invested. However, Hartford and Company probably also realized that dyno numbers can tend to mean very little if they can’t be backed up on the race track. At the end of the day, I guess we’re asking what good a 1000 hp car is if it can’t get that power to the ground and provide something that’s awesome to drive?

Well, this time, Hartford and company proved that this Corvette isn’t just pretty and powerful but can also pack a punch as well. In order to accomplish the goal at hand, the crew would head to the drag strip with the target being the 9.95-second quarter-mile pass that was set by the folks at Extreme Turbo Systems with their C8.

While Hartford approached this record with tons of respect, she thought that her combination would be able to get closer to to the 8-second quarter-mile bracket. At the end of the day, an 8-second pass would’ve been the icing on the cake if the record had been broken.

Down in the video below, we get to join in with the ride that takes us through what it means to break a record like this and just how far Hartford was able to go.