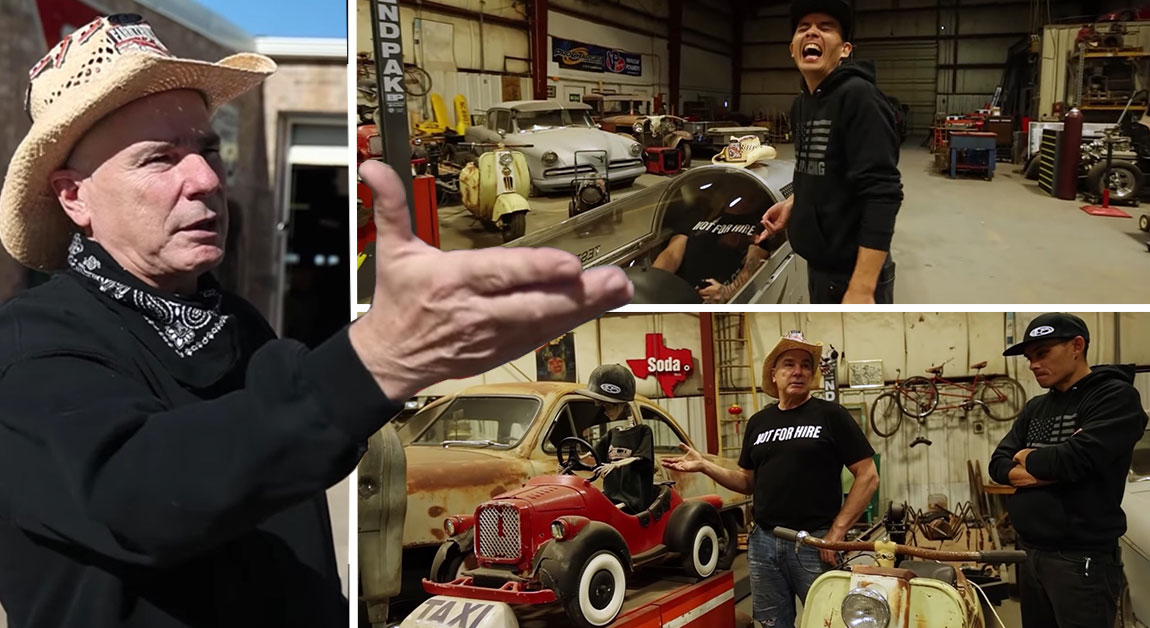 If most folks were to do a survey of their most mechanically inclined friends, asking them what their thoughts were on building an air-powered racing machine, we would think there would be a lot of blank stares. Sure, thinking outside of the box is a big part of the car community. However, thinking this far outside of the box is definitely something that isn’t done all that often when it comes to the world of drag racing.

For Farmtruck and AZN, though, thinking incredibly far outside the box is their specialty. In fact, their new television show, Street Outlaws: Farmtruck and AZN, which is currently airing on Discovery, is completely dedicated to this thought process. The whole point of the show is for team FNA to think outside the box, creating a different obscure machine with every single episode.

In the most recent episode, we would be able to check in with something, unlike anything that we have seen from FNA before. This new contraption is an air-powered missile on wheels called “Spit Wad.”

Now, for those who have tuned into the show, they know a little bit about this obscure ride. However, Farmtruck and AZN have taken it upon themselves to go a little bit more in-depth over on their YouTube channel. With this most recent upload, we get to really dig into this creation, learning how exactly it went from an idea all the way to a finished project.

Over the course of a television show, it can be hard to dive into detail as much as one might like because of time allotments. However, in the YouTube video below, we get to check in with every step along the way from how to make it go fast all the way to how they made it not explode which is definitely an important piece of the equation as well.