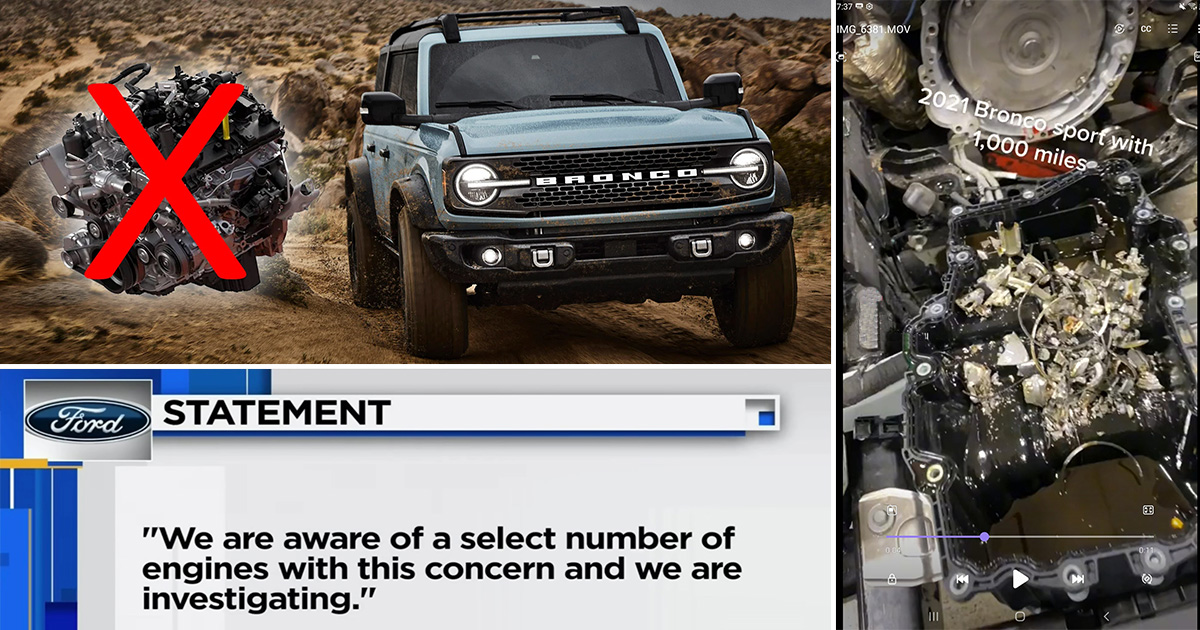 The absolute last thing that somebody who buys a brand new vehicle would want to see happen is for the engine to explode. I guess that at the end of the day no driver wants this to happen to their vehicle whether it’s new or old. When it’s a brand new purchase, though, straight off of the assembly line, it definitely adds insult to injury.

The Ford Bronco has been one of the most anticipated models of the past couple of years and was met with great success upon launch. However, there is believed to be a recall brewing for owners of new Bronco models. As many as 48 drivers to this point say that their engine has simply failed while driving, according to a report by Click On Detroit | Local 4 | WDIV. NHSTA says that this catastrophic engine failure is related to a faulty valve in the units that have been equipped with a 2.7L EcoBoost engine.

In the case of one driver that the aforementioned news crew caught up with, her Bronco hadn’t even made it to 2500 miles before it needed a new engine. Talk about something that could make a pit form in the bottom of your stomach!

Luckily in this case and all others that are under the five-year, 60,000 mile warranty, the engine will be replaced for free. On the other hand, though, while it will be fixed or replaced, this is definitely not something that one would want to go through when purchasing a new vehicle.

As for now, it seems as if Ford and the feds alike are in the early stages of the process where they are figuring out if the issue is widespread enough to the point where there is going to be a recall or not. We’re sure that this is something that Ford would rather avoid as engine internals like this valve fix certainly aren’t straight forward and replacing engines should the valve fail isn’t going to be cheap, either.

Stay tuned to see what direction this bumpy ride is going to go in. Hopefully, for the sake of the Bronco and all of its owners, this is a mere isolated incident that won’t continue.

2021 Ford Bronco issues. What in the valve is going on here.

Update on the blown engine for our 2021 Ford Bronco 2.7. The new engine is at the dealer but still waiting on a couple of small parts before they can start installing.

« This Garage Built, Coyote Powered ’67 F-100 is the Most Insane Daily Driver