This Garage Built, Coyote Powered ’67 F-100 is the Most Insane Daily Driver 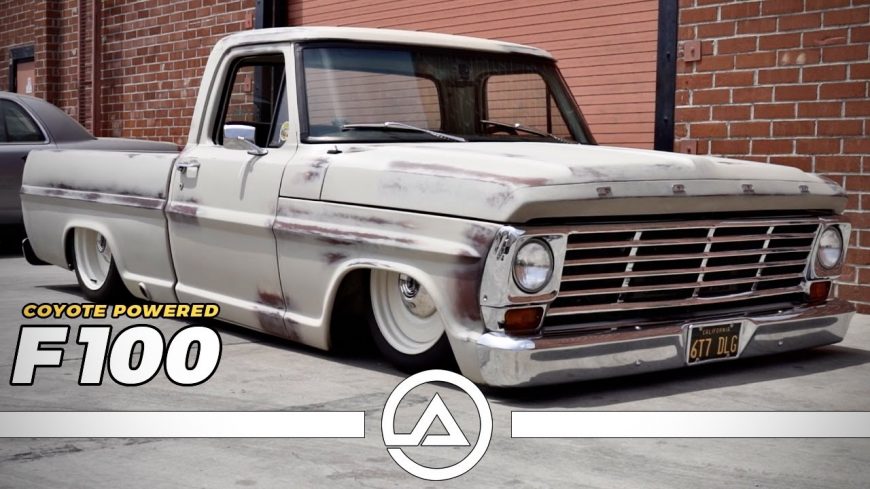 There’s nothing quite like an old-school truck with a nice layer of patina to really make a statement in the world of hot rodding. In recent years, these old school trucks have really become a staple of the enthusiast community and we absolutely love seeing these things come to life with a variety of different modifications that make each and every one pop.

This time, we check in with a 1967 Ford F-100 pickup truck that is simply unlike any other we’ve ever seen before.

Back in the 60s, the pickup truck market was a lot different than it is today. In those years, trucks weren’t wrapped in leather with all sorts of technology. They were about as basic as basic could be. When folks went out to buy these things, they wanted to get the job done that they had in mind and not much else. Premium options were saved for luxury cars as trucks simply felt like an afterthought.

In addition, under the hood, this beast came with a six-cylinder engine that made a whopping 150 hp. I guess that at the end of the day, that would be enough to get you around town but was certainly nothing to write home about.

With this particular pickup, though, it has met an owner that completely changed the course of the truck’s trajectory. Instead of being an old workhorse, the truck would receive an entirely new life.

For starters, the owner would look towards a new Roadster Shop chassis to start fresh. From there, things got even more serious as that tired original six-cylinder was replaced with something that has a little bit more muscle under the hood. This would be accomplished with the help of a 5.0 L Coyote engine which remains relatively untouched but still provides a substantial horsepower boost. Throw in components like a 6R80 transmission and custom air suspension and this thing goes from a clunky ride to a smooth-shifting driver.

Down in the video below, we get to take a complete tour of the truck with the man-made patina thanks to AutotopiaLA. Oh yeah and this isn’t just some showpiece, either. Instead, the owner says that he has put a whopping 28,000 miles on the truck in just one year. For those who are thinking that something like this spends its whole life on a trailer, think again.

« JJ Da Boss Calls Out Another Racer for Racing DIRTY