Ford Might Introduce Retractable Exhaust Tips to Help in Off-Roading 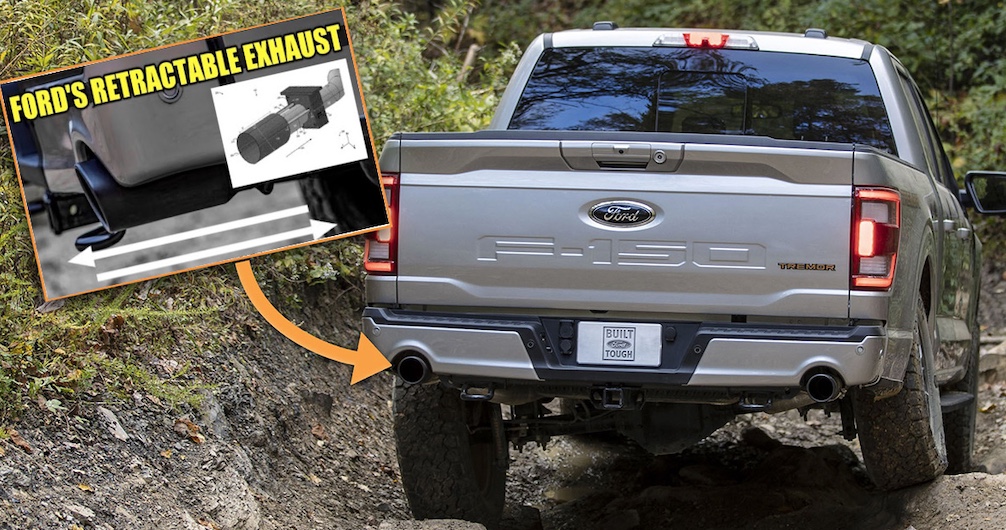 Every year, we see tons of patents filed by automakers that intend on protecting upcoming equipment that we might find in their vehicles. Not every single one of these patents ends up making it to production. However, it’s pretty interesting to take a deep dive into some of them to see exactly what some of the biggest names in the business are thinking.

This time, making headlines in the patent world is Ford as they look to try out something that’s unconventional as compared to what we’ve seen before.

In a recent filing, Ford has patented the idea of creating a retractable exhaust tip design. The purpose of such a design would likely be for off-road applications. Instead of a situation where perhaps the driver would end up crushing the exhaust under the vehicle, being able to retract the tip would allow a little bit more aggressive approach angle.

It would be likely that the driver would have to enable some sort of special off-road mode for this James Bond-esque enhancement to be put to use.

Again, it’s uncertain if this design will ever make it into production. If Ford could execute the idea in a cheap enough way to make it a neat addition that won’t cost buyers a ton, we could definitely see it being an interesting feature. At the end of the day, this is something that we could see plastered all over marketing materials galore.

However, as Automotive Antics down in the video below points out, it might just be a little bit more affordable to run the exhaust behind the bumper. Don’t get me wrong, some of these features can be incredibly cool. However, somewhere, a line in the sand has to be drawn between cool features and over-engineering that’s going to far overcomplicate things.