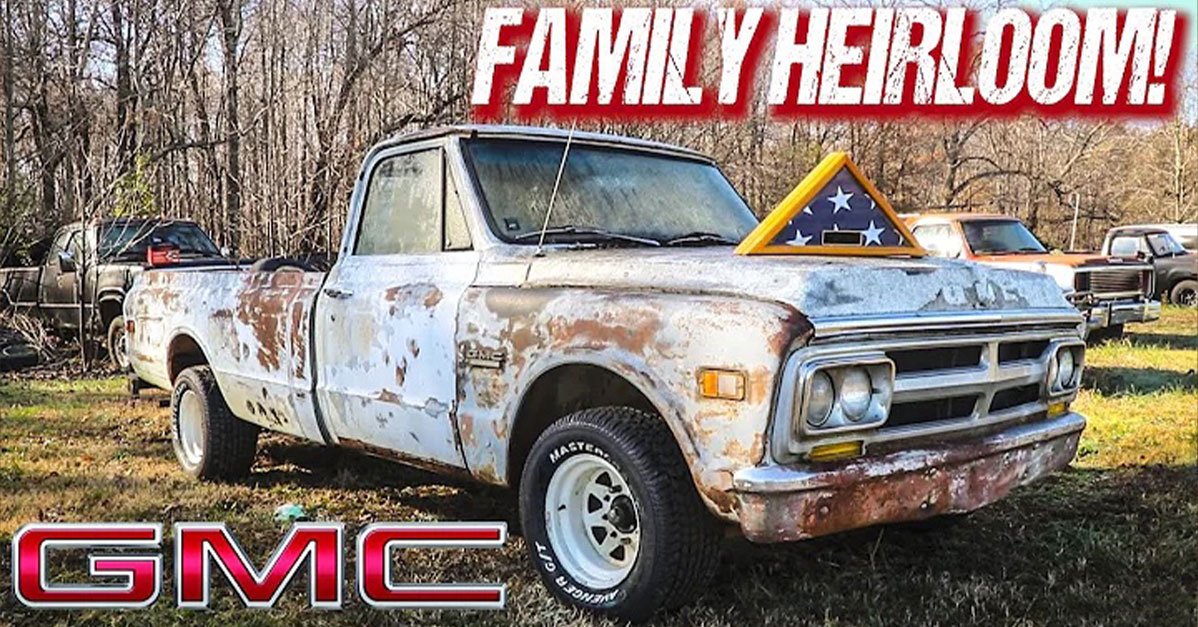 One of the things that a lot of people don’t understand about vehicles is that oftentimes, they are much more than a bunch of steel, wiring, and rubber. Instead, cars and trucks can often take on a far bigger meaning than that.

This time, we get to see that exact concept come to life for a YouTube creator by the name of Dylan McCool.

After being sold 40 years ago by our uploader’s grandfather, the truck in question this time has since found a way to come back to the family. The idea is to get things kicked off by welcoming back the 1970 GMC 1 ton to try and make it run again.

Back in the day, our McCool tells us that his grandfather served in Germany during World War II, worked two jobs, and lived off of the land. He seems like a real “salt of the earth” kind of guy who worked with his hands and wasn’t afraid to get them dirty. With that, he needed a tough truck and this is where we see the GMC come into play.

Since then, this family heirloom has definitely seen better days. As it is an older truck, mother nature appears to have gotten her hands on the pickup in a couple of ways. However, that isn’t going to stop McCool from getting to work to try and revive this is an incredible piece of family history.

Down in the video below, we check in with the truck that means a lot more than meets the eye. To most, this might just be another old pickup truck. However, in this situation, instead of steel and metal, it’s just worth so much more. Tuning in with a situation like this really showcases how these machines can mean a lot more to us than simple transportation.