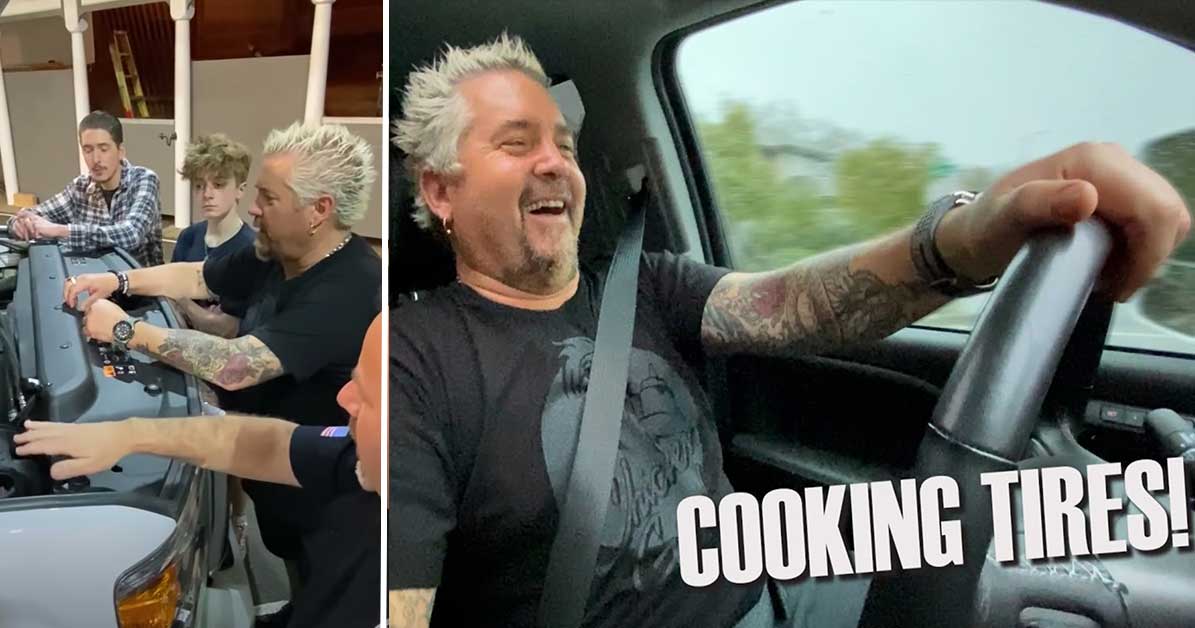 Most folks know Guy Fieri for his star power in the world of food. Most popularly known for Diners, Drive-Ins, and Dives, Fieri has become known for exploring the country in his 1968 Chevrolet Camaro convertible. However, as it turns out, Fieri likes tinkering with other machines as well.

One of the other horses in the stable for the celebrity food connoisseur offers a little bit of diesel power. This diesel power comes in the form of a 2018 GMC Sierra Denali 3500 HD. The truck is fitted with a dual rear wheel set up just in case Fieri wants to throw down with some heavy cargo. As it turns out, though, the celebrity owner just couldn’t leave the truck alone. Instead, just like any good gearhead would, he had to take his daily driver somewhere to get modified.

This time, we get to check in with the truck to see exactly what Mr. Flavor Town is behind the wheel of when he’s not wheeling around his classic. As it turns out, it seems like this luxury pickup truck picked up quite a bit of power with a couple of simple modifications. Down below, we get to see these modifications firsthand and also ride along with the first test drive. It’s pretty crazy how just a couple of very simple tweaks here can add almost 100 hp to the equation. It turns out that that 100 hp is more than enough to be able to help Fieri crack a smile when the throttle is opened up.