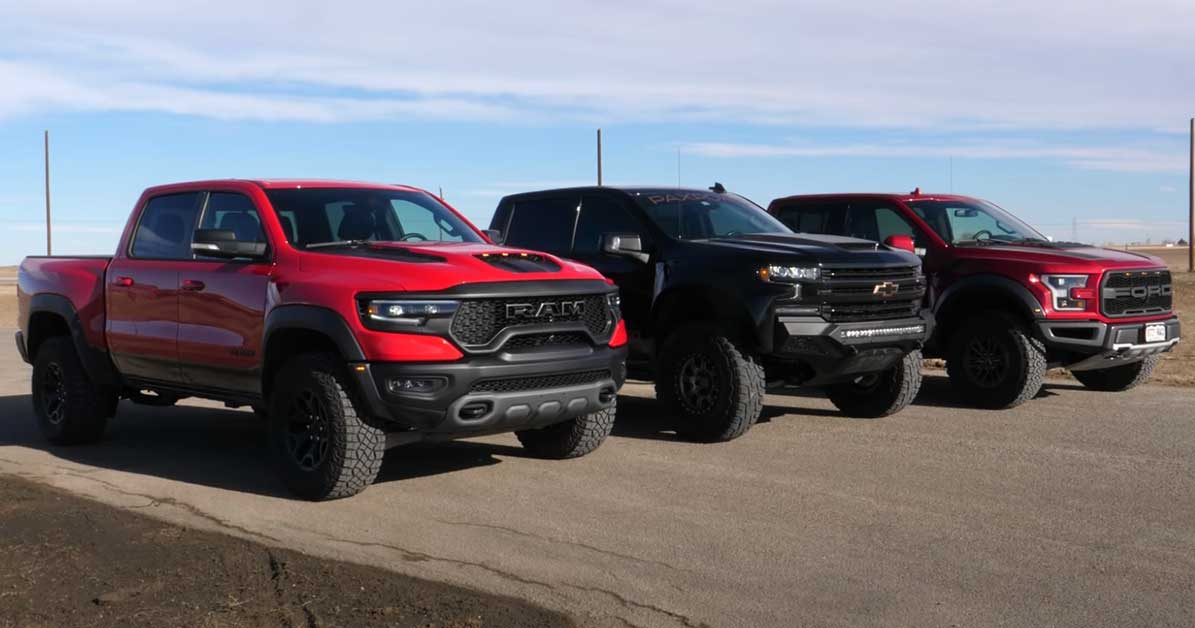 In the world of performance pickup trucks, it seems like there are none that can really compare to the Ram TRX as of today. The TRX comes at us from the factory with 6.2L of V8 power. The supercharged application is good for 702 hp which blows all of its competitors right out of the water. It’s rumored that Ford has something in the works that will be able to more closely compete with the power output in an upcoming Raptor. As of now, though, that’s just not the case.

However, that doesn’t mean that channels like The Fast Lane are just going to sit by and accept that the TRX is the fastest. Instead, they do us all a service by taking this truck out and testing it against a variety of other machines in all-out drag racing action.

The newest competitor to step to the TRX comes from the Chevrolet camp. However, it’s not directly from Chevrolet itself. In fact, General Motors doesn’t exactly create their very own super truck to compete in these horsepower wars. However, with the help of a shop named PaxPower, we check out a Silverado that has a little bit more bite than a typical truck. Under the hood, it has a 6.2 L V8 from the factory but when it’s aided by a Whipple supercharger, the combo is good for 650 hp. Sure, it’s slightly less than the 702 hp from the ram but seems to be enough to make the race a good one.

By following along with the video below, we get to see these two trucks throw down along with the latest and greatest Ford Raptor for a little bit of a benchmark. Will the newcomer pack enough of a punch to step up and take on a truck that went so far as racing past a GT500.