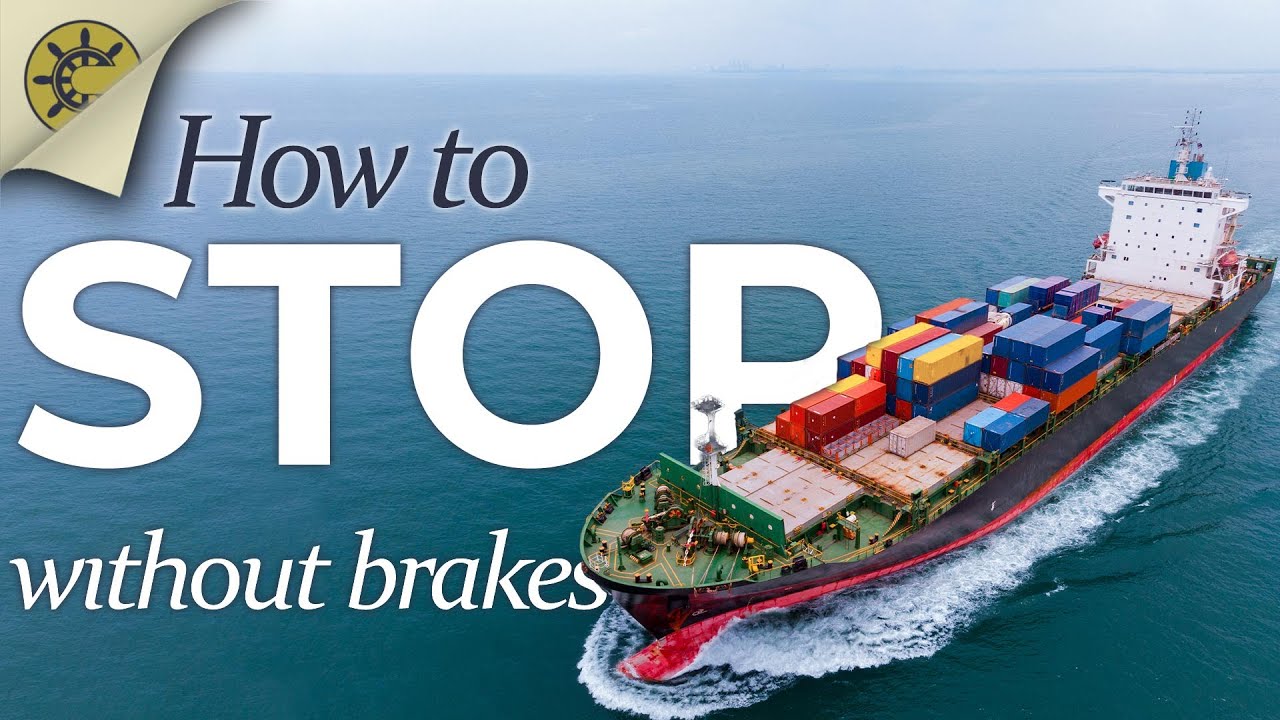 Sometimes, there are things that we see happening every day and we don’t really stop to think about them.

For example, there aren’t too many people who are going to look at a cargo ship and wonder about all of the processes that put it in motion. Sure, some of the mechanically inclined among us may have brains that begin to wonder when they look at something like this but most of us just take these things for granted.

At the end of the day, trying to figure out how a cargo ship can stop without brakes isn’t something that seems to apply to real life. However, we all come in contact with or use goods that were transported on a cargo ship. Therefore, maybe it is essential to our lives to know exactly how a cargo ship stops.

Ok, maybe not but we found it interesting. Ok?

When driving along in a car, there is a chain reaction of events that allow that car to stop after we hit the brake pedal. Once the pedal is depressed, a hydraulic system jumps to action which will then eventually depress a series of components that lead to friction to stop the car via brake pads and rotors, at least in modern rides.

When driving along in a massive ship, though, obviously, there is minimal friction to be found. As we all know, a set of brake rotors isn’t going to find its way to a ship like this.

We know what you’re thinking. Just reverse the engines, right? Well, not exactly.

Down in the video below from Casual Navigation, we’re able to tune in to a series of intricate maneuvers that cargo ships use in order to slow down and eventually stop. One of these maneuvers even involves slowly drifting the vessel until it chops off a little bit of speed before it can come to a halt.

Long story short, this is something that we never thought we would be interested in knowing until it was laid out in front of us so… Enjoy!