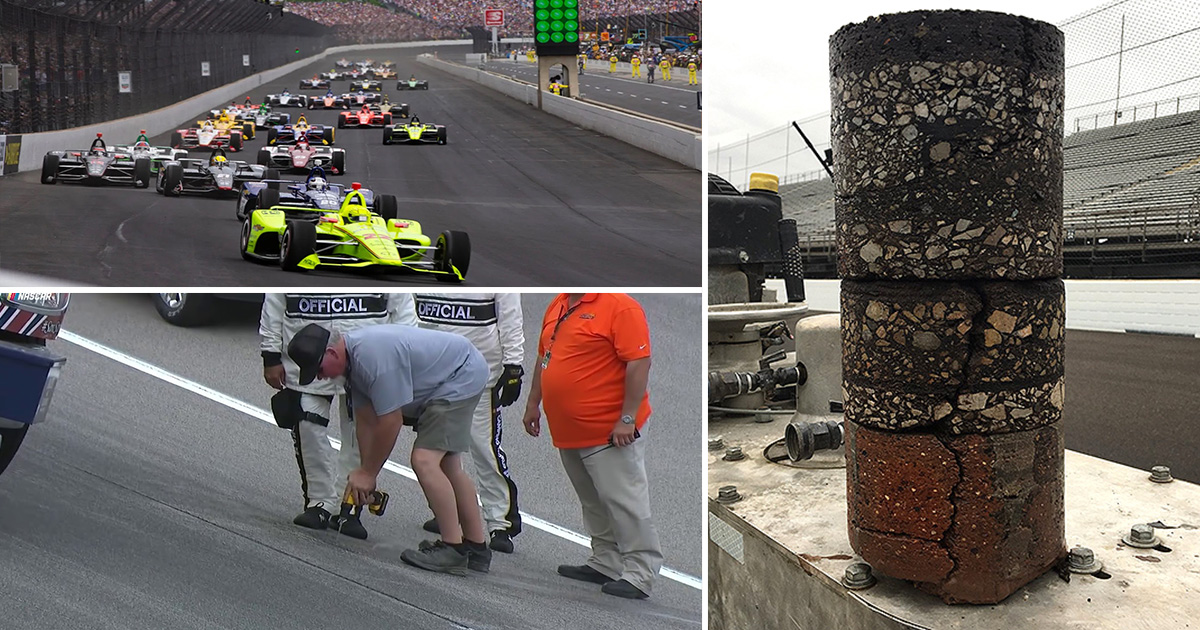 When we stop and think about how quickly racing changes, it can really be mind-boggling. Over the last couple of years, even, things have advanced so quickly that racing machines of today are almost unrecognizable when placed next to machines from just a decade or so ago. The cars aren’t the only thing changing as racing evolves, though.

Even the tracks that drivers race on have evolved over the years. Even with the historic names like Indianapolis Motor Speedway that have been around for over a century of racing have improved as much as they possibly could. Many of these improvements surround the idea of making a safer racing experience. Others strive to make the surface more competitive so that the racing is more interesting for fans. 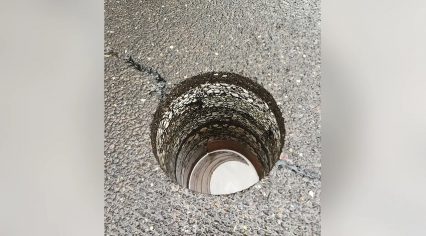 This time, we dive into a story that takes this concept and gives us an awesome visual that’s fun to sink our teeth into.

Indianapolis Motor Speedway has been repaired a variety of times. While some might think that the old surface is pulled up each and every time before a new one is put down, that simply isn’t always the case. In the case of Indy, photographs have hit social media that show a core sample that has taken a slice of the track and made it go viral.

When the Indianapolis Motor Speedway began repaving work in October 2017, a cylindrical core sample was taken with some peculiar results. It contained brick, stone and asphalt samples of 108 years of resurfacing [read more: https://t.co/tdZSSdGEUz] pic.twitter.com/LwrcVEALJw

This core shows all of the different surfaces that have been put in place over the years. Each one is layered on top of the last perfectly, almost resembling a layered cake!

After the original racing surface proved to be not so successful in keeping drivers alive, the track was repaved in bricks which gave the track its nickname the Brickyard. Since then, the racing surface has taken on a handful more resurfacing efforts with each layer sitting atop the last and giving us a very awesome visual to appreciate the history of racing.

« WhistlinDiesel is Back at it Again, Destroying GT-Rs This Time