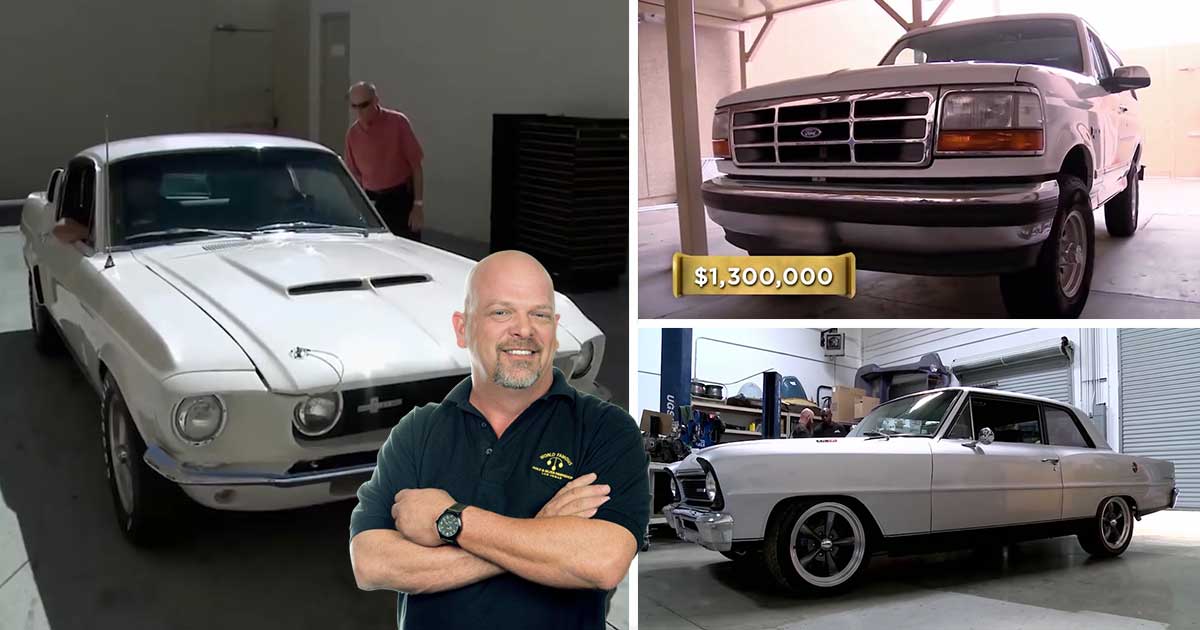 With the reach that the Pawn Stars reality show has, fans never really know what’s going to show up on the television show. With a big budget, Rick Harrison and the company end up buying some pretty crazy things. At the end of the day, they are looking for the most profit possible and a lot of the time, the item that is the most profitable comes with a pretty awesome story. In fact, many times, the story behind the item might even make it worth more money.

Over the years, the Pawn Stars have gotten quite the opportunity to go out and purchase their fair share of automobiles. I guess that, at the end of the day, if you’re in a pinch and need money, these guys definitely have plenty of it to spend on a vehicle if you’re willing to cut them a good deal where they can put it in their shop and make a little money.

This time, we check in as the Pawn Stars YouTube channel that managed to narrow it down to some of the more interesting cars that have been offered to the crew. We’re sure that they get a ton of classics to offer up but just the right deal can be hard to find. Over the years, all sorts of classics have come in but this list of five machines shows us the rarest and biggest dollar deals when it comes to classic automobiles.

By following along with the video below, we might just need to learn a little something about how negotiating for these sorts of cars works out. In addition, maybe there’s something about the cars themselves to be learned as well.

This is an area of negotiation where it could be rather easy to get burned but it seems like Harrison definitely has his strategy firmly locked down.