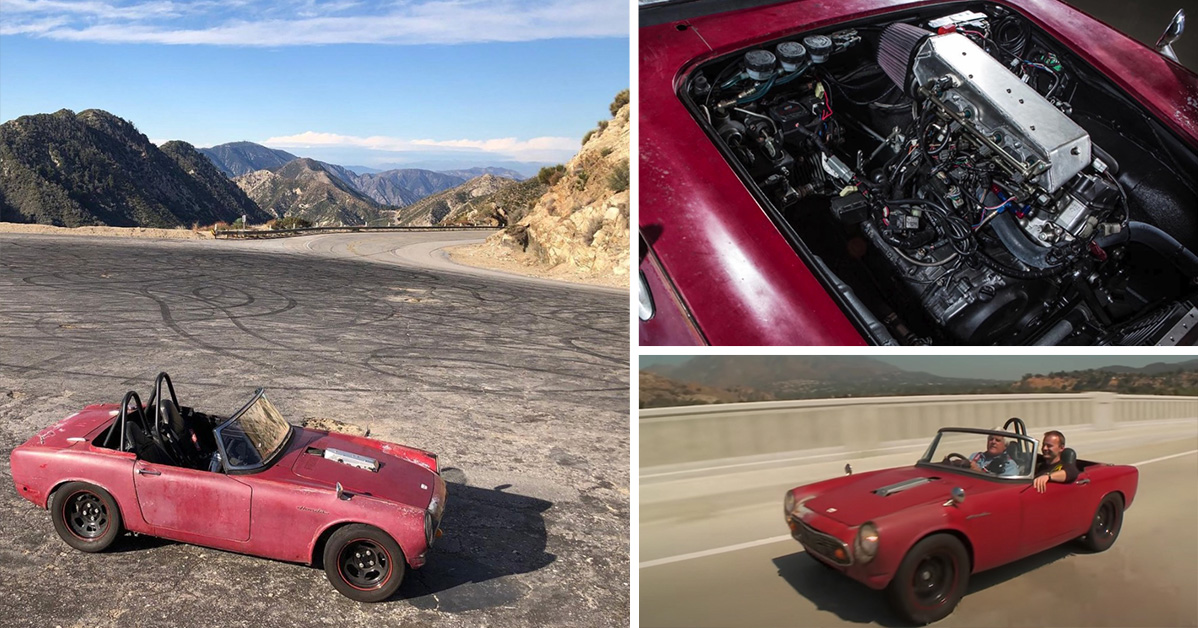 One of the cool things about the world of engine swaps is that one could theoretically take just about any engine and stick it in any car. The combination doesn’t even have to make sense. In fact, the more off-the-wall these combos have been, the more eyes they have seemed to draw.

It’s definitely a world where the crazy and obscure seem to stick out in a good way.

This time, we check in with the YouTube creator by the name of SuperfastMatt. It seems as if our host has come up with a combination that is incredibly obscure and makes a lot of sense at the same time.

When it comes to good swap candidates for a sports car, not a lot of people think about motorcycle engines. The idea is probably that motorcycle engines can’t make a ton of power that it would take to get a heavy car going. However, our host argues that this isn’t necessarily always the truth.

When we see the vehicle that the Honda CBR1000RR motorcycle engine is going into, suddenly, it all begins to make a little bit more sense.

Let’s just say that with the help of a Honda S600, an incredibly old-school lightweight machine that lends a helping hand to the power-to-weight ratio, the CBR power plant finds an incredibly fitting home.

In the video down below, we check in with the rundown on the car and how exactly it came together. Not only that but we get to learn why exactly our host chose this particular combination for all of his go-fast needs.

The video seems to want to debunk the idea that a motorcycle engine isn’t powerful enough to get a car up and going. Our host also argues that this is just one of the misconceptions about such a combination that he thinks really works out well.