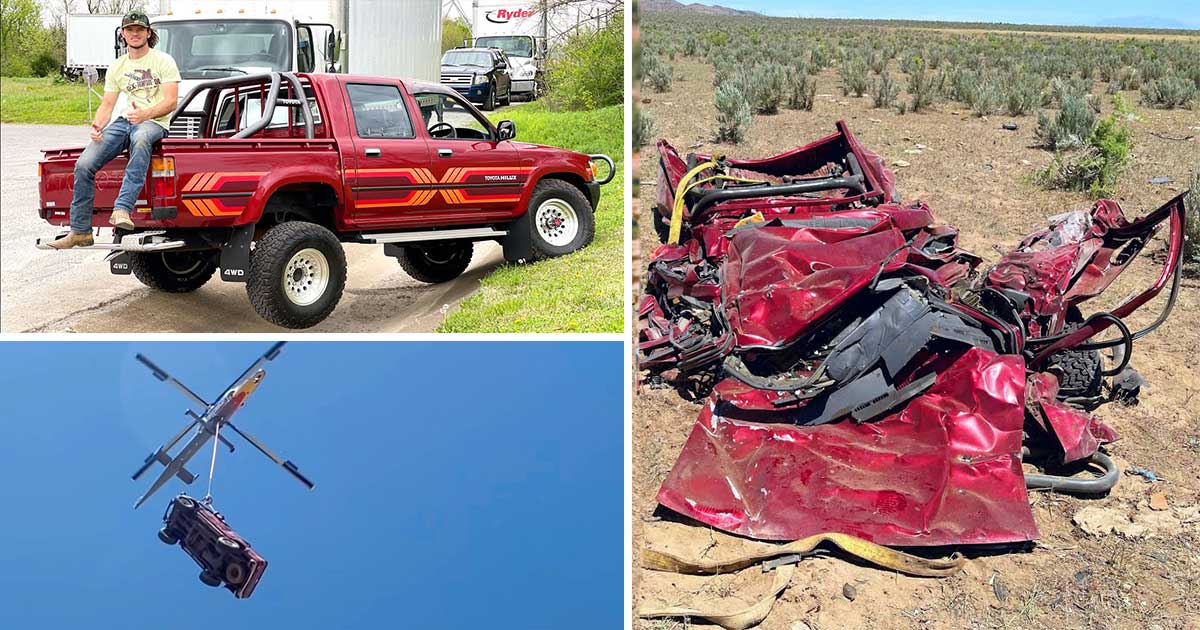 For those who remember the early days of the WhistlinDiesel YouTube channel, it seemed like destruction in any way possible was the name of the game. Videos with the simple task of destroying a desirable truck went viral. However, as time went on, the vehicles got more and more expensive and eventually, the stunts themselves got a little bit more complex as well.

For example, building a monster truck with eight wheels and driving into the Gulf of Mexico was something that involved a lot of planning. It went beyond driving a truck out to the farm and rolling it over.

It seems as if WD doesn’t plan on stopping there, either. Instead, we have watched as he has gotten his hands on a Toyota Hilux. Many gearheads remember the Hilux had a stop on some older episodes of Top Gear where the hosts couldn’t seem to kill it. However, where there’s a will there’s a way for ol’ WhistlinDiesel.

This time, we check in with the fourth variation of the Hilux test that really pushes things to the limit and ensures that this thing isn’t going to live to see the light of day.

After absolutely pushing the Toyota to the limit in a variety of different ways, it was time to put the final nail in the coffin. Up until this point, WD hasn’t found a challenge that Toyota couldn’t handle.

In the latest demonstration, though, he joins forces with Heavy D Sparks and the bar has been raised quite a bit yet again. Instead of just beating the life out of this thing on the ground, things are getting elevated, if you will.

For those who remember the Top Gear Hilux shenanigans, their Hilux was dropped off the top of a building. This time, though, the truck is dropped from a 500 foot height before being sent to the ground from 12,000 feet above sea level.

« Ever Make a Test Hit In The Parking Lot?