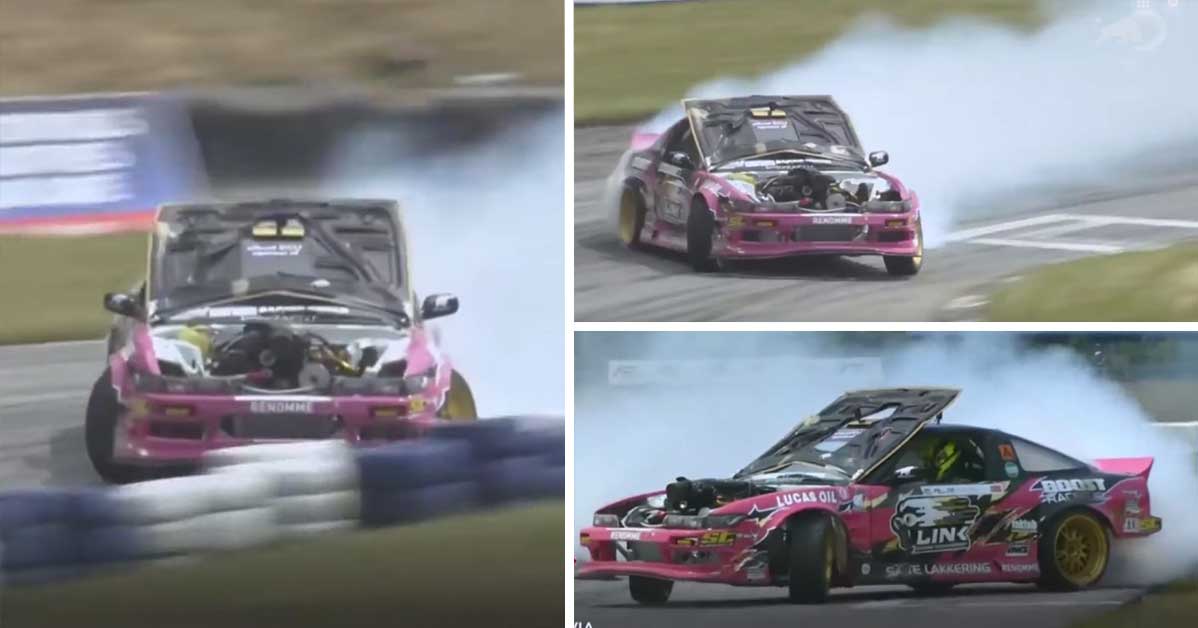 How could this run get anything but a perfect score?

When it comes to motorsports, sometimes, we just have to expect the unexpected. Sure, it might be awesome to have a clean race weekend where you can just worry about driving the car and nothing else. However, it’s usually pretty rare that an entire race goes off without at least a little bit of a hitch.

Sometimes, maybe that hitch comes in the form of your equipment failing you which was definitely the case here. Sometimes, it’s a major failure but other times, it’s something small that really ends up irking a team. In this situation, we check in with something tiny that could’ve definitely stood to ruin a run if not an entire weekend.

As Tor Arne Kvia of Norway approached the second run of qualifying at the Drift Masters Grand Prix, he would end up losing his hood latch. Therefore, the hood flew open, smashing the windshield and completely obscuring the driver’s view. For most, this will be a pretty good excuse to call it quits and pull over. However, for Tor Arne Kvia, that wasn’t the case at all. Instead, he doubles down, continuing throughout the drift without worrying much about vision at all.

Down in the video below, we check in with what might be the craziest drift run of all time. Not only did the driver manage to hit his marks perfectly, he also managed to do it without being able to see it all. We aren’t necessarily sure how many drivers would even attempt this run, let alone managing to knock home the perfect drift. If this is an on-the drift highlight reel of the decade, we aren’t exactly sure what will be.

Unfortunately, the mechanical failure meant that this particular run scored a zero. It might not have netted any points for the event. However, it certainly earned some points toward legendary status.