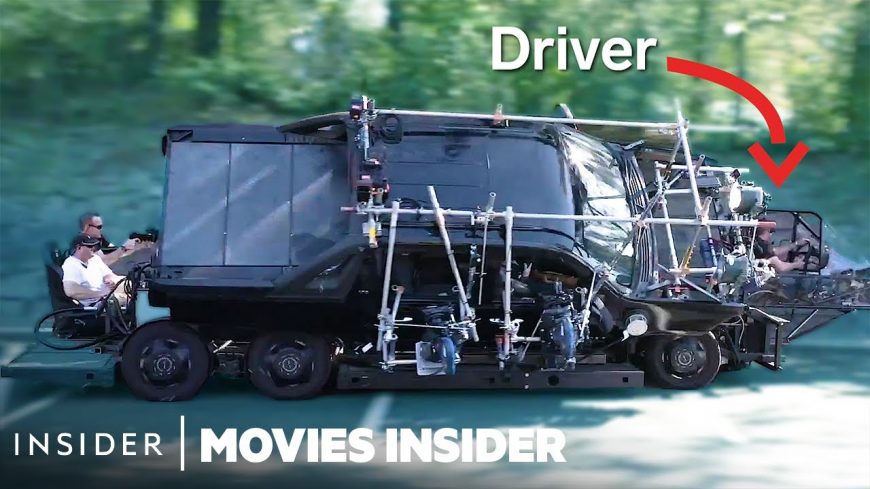 Pretty much anybody who has watched a movie with a car chase in it recently can tell that car chases have gotten incredibly complicated these days. Back in the early days of movies, special effects obviously weren’t as abundant and filmmakers had to get creative to make interesting scenes come to life, especially when it meant taking on stunts that would appear to be death-defying.

For example, through a video posted by Insider, we learn that some early stunts were even done in reverse before playing the footage backward. Therefore, a car just narrowly missing being hit by a train is actually rolling in front of a train that’s moving away from the subject in real time.

These days, though, such tricks probably aren’t as much of a part of the repertoire of creators as they used to be. Instead, lots of different camera techniques and special effects step in to help make the stunts possible. This isn’t just something that came to be overnight, though. Naturally, as movies have progressed over the decades, there have been tons of different techniques and developments in which movie creators have learned to make the process better.

Down in the video below, we’re taken through how movie car chases have gone from being incredibly basic all the way to being able to be confused with reality. The fact that we can all sit down and watch a film and question what parts were real and what parts were computer-generated is definitely a luxury. It really helps to aid storytelling and makes movies all that much better. After watching this one, we get a strong feeling that a lot of folks will begin to truly appreciate all of the hard work that went into making their favorite car chase come alive. It has certainly come on the heels of a ton of growth!