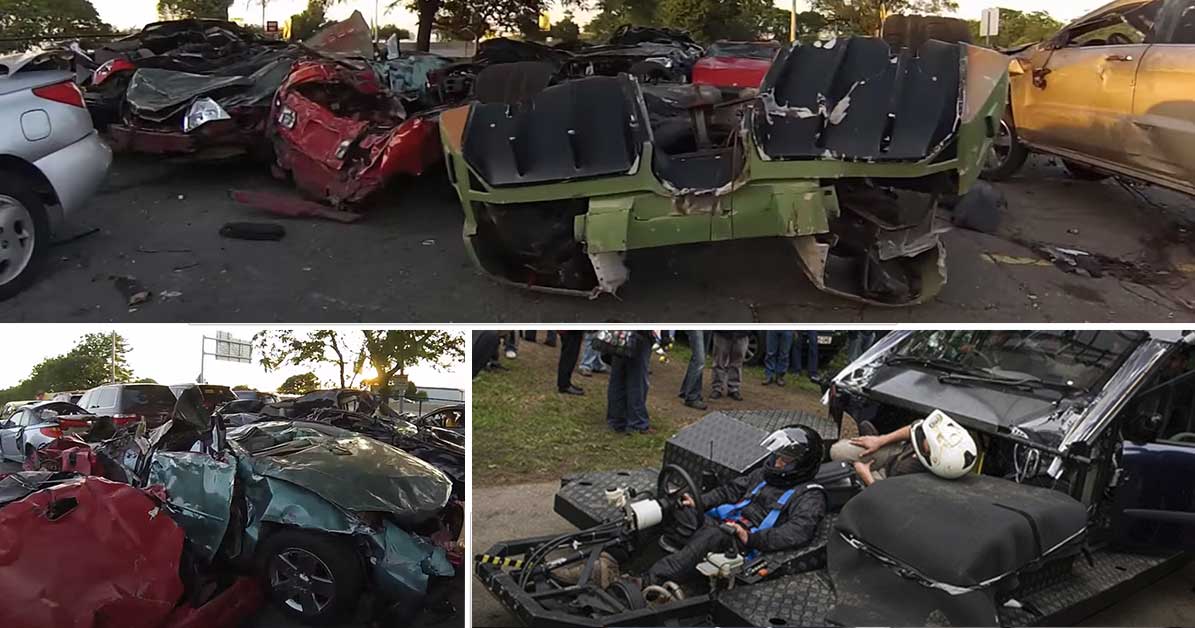 Sometimes, you need to break a few eggs to make an omelet.

Apparently, this is a phrase that the folks behind The Fast and the Furious really believe in to the deepest extent. Over the years, we have seen all sorts of different vehicles involved in wild stunts. The end result on screen has shown machines getting thrown around and trashed in a variety of different situations. While we love the movies, we can’t help but think about the value of the classics and collectibles in the back of our minds!

For those of us watching at home or in the theater, we also can’t help but wonder just how many cars are actually trashed in the creation of these scenes. As we know, film productions will use different cars for different shots. In other words, a machine known as the “hero” will tread lightly. This car looks the best and is probably complete. From there, though, there will be various stunt cars used to make jumps or maybe eventually be destroyed in a crash sequence.

When all is said and done, though, how does this equate to real-world loss? Are the folks behind the cameras able to get the shot on the first time every time? Are multiple cars destroyed in the name of making a movie? We would think that with the unlimited budget and the tendency to really go above and beyond in action sequences, there has to be quite the laundry list of cars that have been sacrificed in the name of making Fast and Furious movies.

This time, we follow along with the guy who seems to have all of the answers when it comes to how exactly the Fast and Furious has been filmed. Craig Lieberman was responsible for picking and choosing the cars in the early films. This time, he hops on camera and gives us the story of the cars that have been sacrificed in the name of the big picture.

« This is How You Sink Your Boat Going Through an Inlet