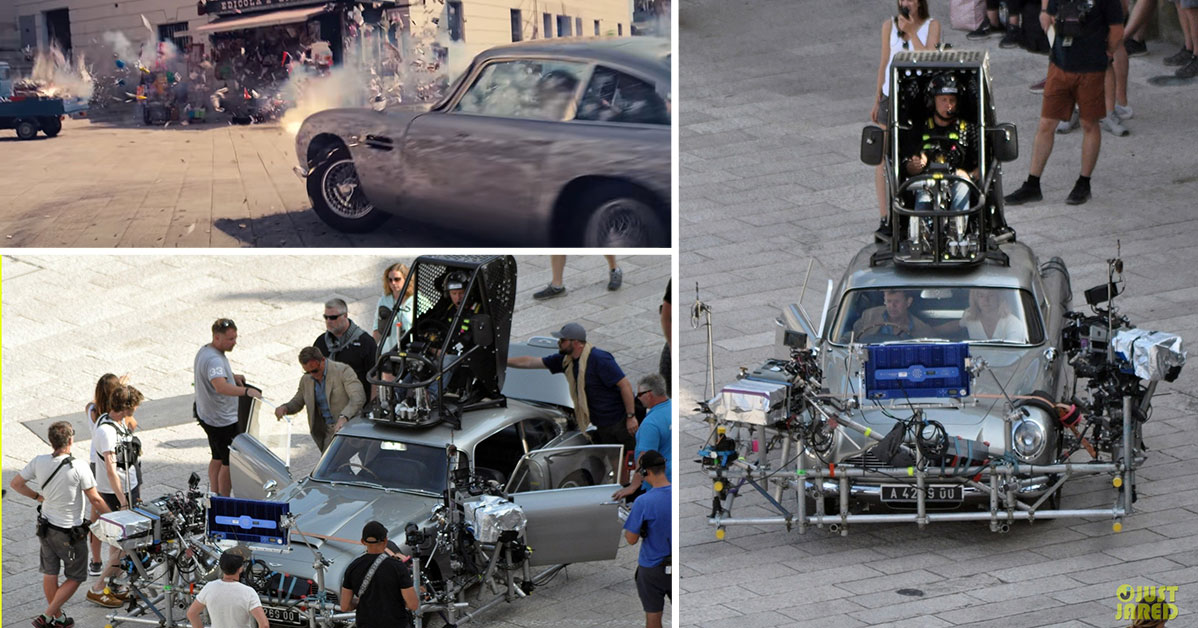 With a lot of newer action movies, some might think that they’re all just special effects. At the end of the day, there are some pretty awesome things that can be done with the help of a computer. However, if there’s something that we would think filmmakers want fans to know, it’s that special effects don’t always take over the entire show. In fact, many believe that special effects can only take one so far and you need to be able to actually go out and film real stunts sometimes.

With that said, in the latest James Bond film called “No Time to Die,” the opening chase sequence is one that involved a lot of real stunt work. In fact, it is said that about 95% of what you see on screen actually happened and only limited special effects were used in order to make the shot come together perfectly.

We don’t see James Bond as much of a car franchise but don’t be confused, there are plenty of automotive sequences within. In this particular film, there were 10 incredible Aston Martins that were used to create the film. Eight replicas existed along with two hero cars to get those beauty shots and in this particular sequence, we get to see how exactly everything works together in perfect harmony to create sequences that are absolutely jaw-dropping.

Down to the video below, we get to learn about some of the science invested that really made the magic happen. With complex camera rigs, filming tricks, and even thousands of gallons of soda, the most recent Bon flick was able to keep us in complete awe as 007 himself proves again and again why he’s one of the greatest in film history.

Check out how they did it with the help of the Insider YouTube channel down below. Photo credit justjared

It’s as simple as it sounds real. Deep in all of our souls, we all want to drive just a little bit faster. Our newest edition to the Drive Faster collection “Formula 1” is inspired by the high performance, the highest class of international racing for an open-wheeled, single-seater car, that can be traced back to the 1920s. The Formula 1 tee, has our iconic checkered logo on the front and a present-day Formula 1 car, “Crushing The Competition” on the back.

This authentic Speed Society automotive lifestyle tee combines classic style with a supreme modern fit with a buttery soft comfort blend of 60/40 polyester. Printed neck label, plus it’s been pre-laundered for accuracy in sizing, these t-shirts will stay true to fit and form, aided by the addition of durable polyester (40%).