Hurricane Ian Boats, Here’s What Happens To Them 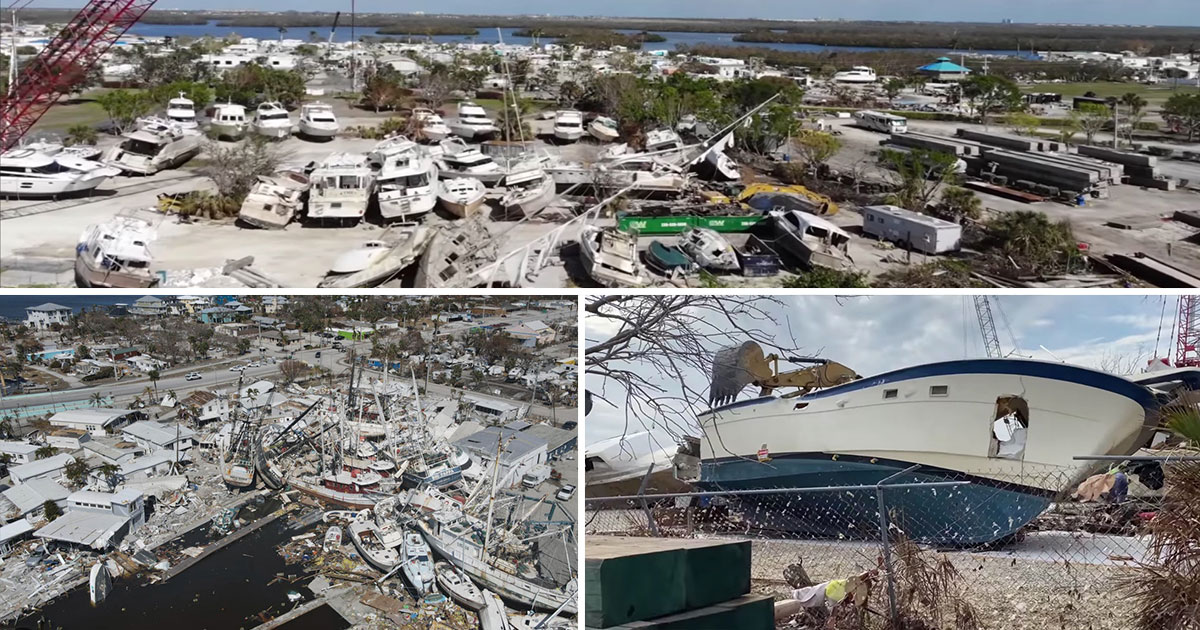 During natural disasters, depending on the intensity of the storm, there could be a ton of damage done. We’re not just talking about a few broken windows and missing shingles, either. Instead, there can be hundreds of thousands of dollars if not millions of dollars done to a single town should it fall in the wake of one of the stronger storms.

This was very much the case with Hurricane Ian as the storm made its way through Florida. Ian didn’t just tiptoe lightly through the area, either, as the storm leveled pretty much everything in sight. With flooding and high winds, the disaster not only filled the town with water but required tons of work for pretty much every structure that was unlucky enough to be in the way of the flood. It also tore things up as wind ripped through the area, leveling everything from roofs to marinas filled with boats.

Most of the time, when a hurricane comes and goes, the bulk of the attraction to the storm is gone from news crews within a couple of days. However, in reality, it takes a lot longer to clean up after the destruction is gone. In fact, it might even take years before all of the loose ends are tied up and a city is back to normal following such a catastrophic event, that is, if they can ever truly get back to what was previously deemed as normal.

This time, we ride along with the Caribbean Castaways YouTube channel that follows the journey of all of the yachts in the marinas that the hurricane absolutely ripped through. Sure, insurance is going to be handing out some pretty big sums of money in a situation like this but what exactly happens to the destroyed vessels in the process? Follow along with the video below to find out just that.