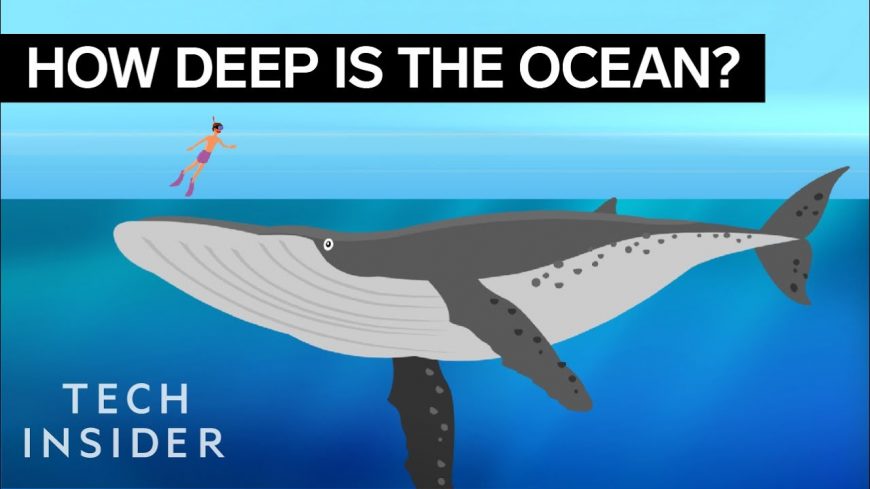 To the average person, it could be tough to comprehend certain things that we would never think of. For example, if you asked me, in particular, just how deep the ocean was in comparison to some sort of reference point, it would be incredibly hard to figure that one out.

In fact, this seems to be an area where maybe science doesn’t even really know the true answer as humanity has only explored about 5-10% of the oceans on Earth. It’s also said that there are thousands of undiscovered marine species in the areas that we haven’t discovered just yet. This seems to be equal parts exciting and creepy.

This time, though, we check in with a video from Tech Insider that tries to take the liberty of giving us a little bit of perspective on the matter. In order to demonstrate their point, they talk a little bit about how deep submarines have gone, how deep we can expect certain animals to dive, and even where the deepest free dive in history has gone. We even get the visual representation that shows how deep the tallest building in the world would go if it were submerged in the ocean.

Down in the video below, we get hit with the facts that might just make us feel a little bit smaller. At the end of the day, the ocean is quite a powerful force to be reckoned with. Likely, it’s one that’s going to take at least several lifetimes to be able to explore to the fullest. Who really knows what’s lurking under the depths of the sea? There could be all sorts of surprises waiting out in the deep for us.

Hey, maybe if we get lucky we will be able to find a lost civilization of Atlantis under there!