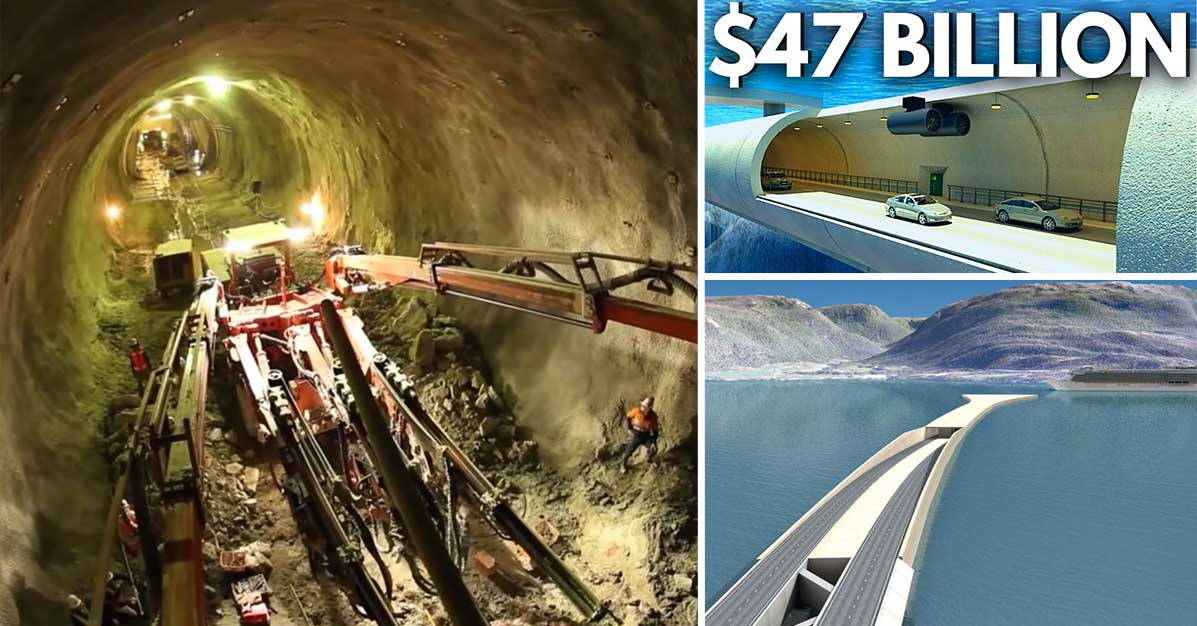 Sometimes, here in America, it can be incredibly easy to get spoiled. Oftentimes, we might find ourselves complaining about potholes or road conditions that aren’t perfect. We aren’t saying that these aren’t valid concerns but in the scheme of things, we think that they can also be much worse in most situations.

For example, would you rather have to deal with a couple of potholes or a road system that takes you twice the time that it should get to where you’re going? Oh yeah, it’s also worth mentioning that in order to get from one point to another, you have to take several ferries, and traveling entirely on the highway isn’t necessarily an option.

Yeah, we would probably go for the option with potholes, too.

In Norway, though, travelers looking to travel between Kristians and Trondheim don’t necessarily have this option. Instead, they have to make the grueling journey that would take nearly a day to get from one city to the other. However, with the new highway proposal, the 21-hour journey can be cut about in half with the help of some pretty interesting technology.

This time, we check in with the $47 billion project that involves the likes of floating tunnels for motorists to be able to get from one area to another. After tuning in with the video below from The Richest, we just felt a little bit spoiled that our highway system here in America is so convenient to get to wherever we need to be. However, if Norway is able to replace ferries with bridges, conventional tunnels, and a floating highway, things might be on their way to a brighter future for travelers.

Perhaps this is a good thing to keep in mind the next time we start feeling sorry for ourselves because of a little bit of traffic.