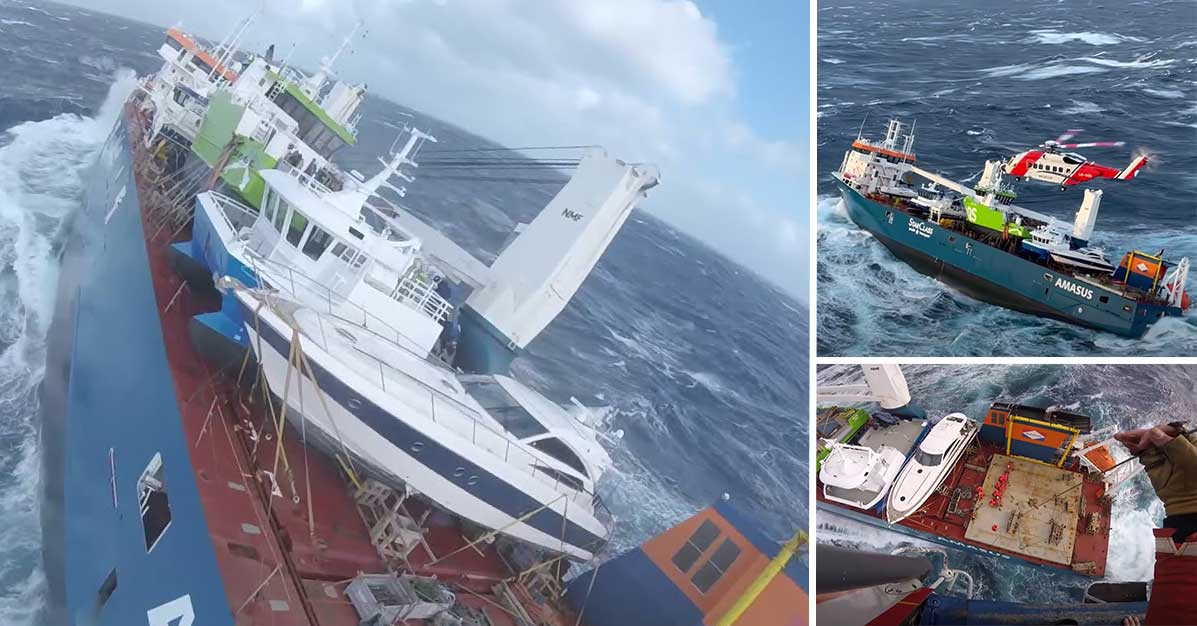 There is a very good reason why the open ocean is terrifying for lots of people. At the end of the day, if something goes wrong out there, it’s nothing but you and the water. It’s kind of hard to tell how deep it is or when a rogue wave is going to come and really mix things up. However, there are lots of folks who endure these conditions on cargo ships every day and will probably tell you that it’s not quite as scary as it seems.

In a recent situation, though, a crew of 12 would end up in a pretty difficult position where there sure a lot of emotion was going around and for good reason. Positions like this are definitely enough to give a good scare to just about anyone who may encounter them.

The Eemslift Hendrika was left in distress in the Norwegian Sea following rough conditions that would shift at the cargo and throw the ship off balance. Naturally, a ship that’s leaning over to the side isn’t only unsafe to continue with but it’s also something that’s probably pretty difficult to control.

Therefore, a helicopter-headed rescue effort would be used to help these 12 individuals make their way off of the cargo ship in a heart-racing moment. Just watching this thing floating around in the water definitely had our nerves on edge as it felt like the ship was about to turn over and start taking on water at any second.

Following the rescue of the crew, the Costal Administration would later confirm that a salvage team would head out to try and bring the vessel back before it would end up grounding. While the grounding seemed imminent, the salvage team was able to secure the vessel and bring it back to safety once again.