Father & Son Garage Built ’69 Chevelle Looks Like it was Built by Pros! 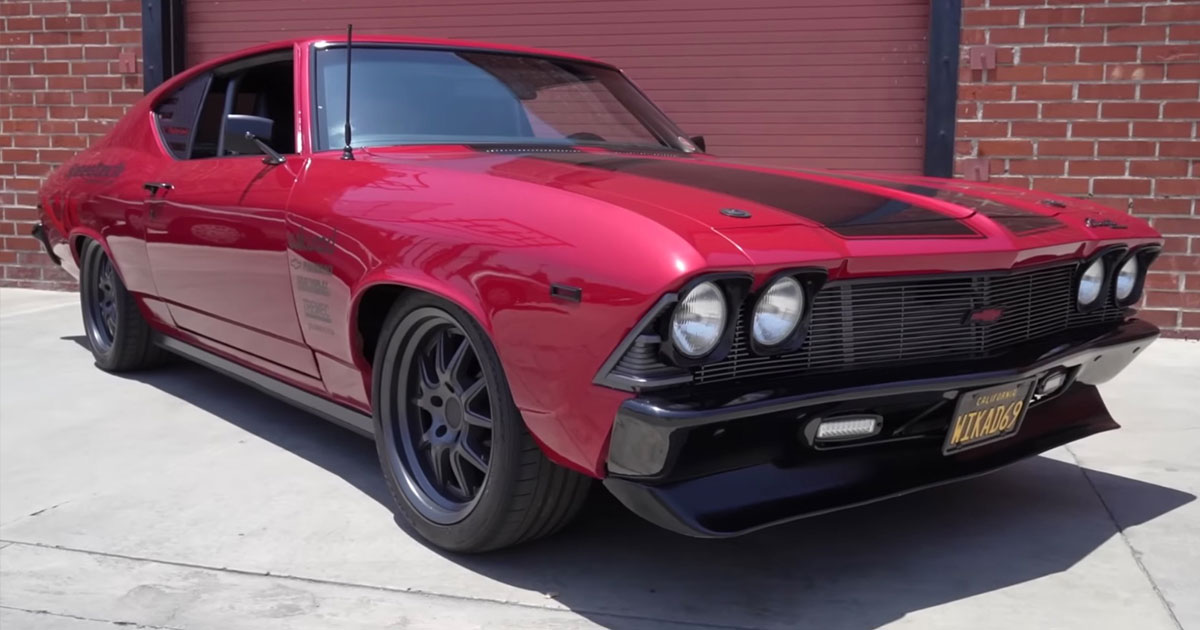 There’s nothing like a little bit of a father and son project to make a hot rod build even more special. This isn’t something that everybody gets to do but for those who do, we would think that in most situations, they hold that period of their lives in high regard, hopefully hanging on to the car that they built forever.

This time, we get the tune with an incredibly awesome father and son build. Not only did this build bring together several generations but it did so in a pretty awesome way. This isn’t a typical hot rod but instead, one that really goes above and beyond to become something special.

For starters, we find a 1969 Chevrolet Chevelle, an absolutely awesome platform to start with.

From there, though, this father and son duo took it upon themselves to touch just about every aspect of the machine to make it outstanding. For example, when they bought the car it we had a seized engine and was coated in primer. However, the father and son replaced that seized engine with a Chevrolet performance LS3 that is capable of 525 hp and 500 pound-feet of torque.

They also managed to lay down a pretty slick paint job. Our host this time of the tour, Sean from AutotopiaLA was incredibly impressed to hear that the car was painted by a couple of folks who have no experience painting cars and that they did it in their own garage. It can be kind of hard to tell if a paint job is actually good through a YouTube video but from our host’s reaction, we would venture to say that this thing probably looks as good in person as it does on camera.

Down in the video below, we get the opportunity to take a tour of a car that’s a lot more than just a looker. Not only does this machine have a cool story behind it but it’s also designed to be beaten on a little bit on the autocross course.

« Ford to Recall 49,000+ Vehicles Due to Batteries Overheating