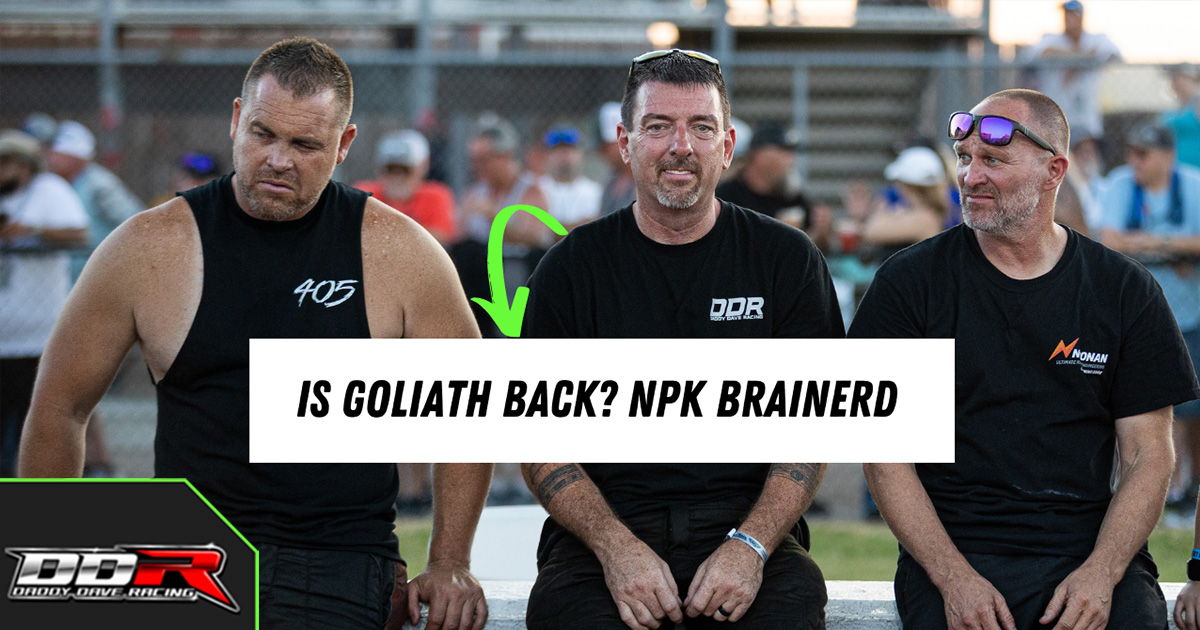 Those who have spent a considerable amount of time under the hood of a car know that sometimes troubleshooting can be a tough deal. This is the case on everything from a common street car all the way up to a complicated race car. Naturally, with a finely tuned machine like Daddy Dave’s Chevrolet Nova known as Goliath, there is a lot more going on that could possibly go wrong which could make getting to the bottom of an issue even bigger of a challenge.

Unfortunately for Daddy Dave, this was exactly the case that would drag him down for quite a period of time on the No Prep Kings circuit. As Dave explains, he was having great success when NPK hit New Hampshire and he says that he was even the car to beat. This is where things started to go wrong.

During that event, Dave says that he found some cracks in his headers. From there, he would naturally send the car to a fabricator to get the headers redone and get Goliath back together and ready for action.

It was during this time, though, in fabrication prep, that Dave unhooked his battery and after the car was done being worked on, not everything got connected again. While taking full responsibility for the incident, Dave told his YouTube audience that one important wire was left off for his FuelTech Spark Box. While the ground wire wasn’t necessary for the car to run, it was important for the car to operate at high rpm and under a high load. During these times, the motor essentially shut half of its cylinders off which caused a pretty big issue.

This time, we dive into the video in which Dave explains to us how he had to fight hard for three events to get to the bottom of this issue. In the meanwhile, he was also dropping from third in points all the way to seventh and driving his crew absolutely crazy.

Down in the video below, we learn just how challenging simple issues can get along with seeing the spread of bad luck in action at NPK Brainerd.