Is the 2021 Mustang Mach-E GT a Better Performer Than its Gas Powered Counterpart? 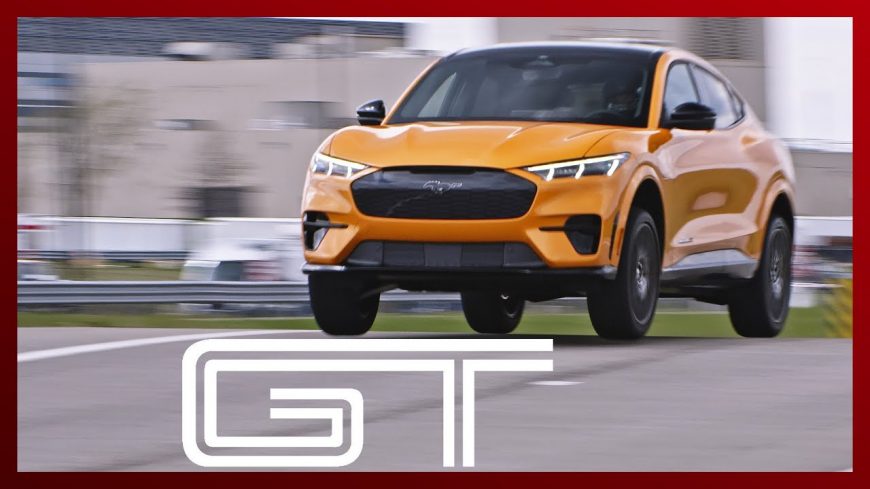 If there is one brand that isn’t afraid of stirring the pot a little bit, it’s Ford.

We have absolutely no reservations that the folks behind the brand knew that a lot of enthusiasts were going to be upset when Ford took the Mustang name and applied to an electric SUV. However, it seems as if Ford isn’t really bothered by this but instead is going to try to create something so awesome that even the most irate of enthusiasts might consider changing their minds.

We aren’t quite sure if being able to reverse the opinion of a purist is something that’s even possible. However, a great first step for Ford would be if their electric Mustang named the Mach-E would be able to perform on a high level. At the end of the day, a Mustang is a performance car so hopefully, the small SUV donning the Mustang name will be able to do the same thing.

This time, we join in with a version of the Mustang that isn’t available quite yet though the order books are now open. In this one, it’s the high performance edition in the GT that is being sent around on Ford’s test track. The particular section of track that we’re checking in with today is said to be one of the most twisty and challenging sections that is designed to really challenge a car’s balance and maneuverability.

Down in the video below, we get to go for a ride with what might just be the future of performance. While we definitely get that there’s a lot more to a muscle car than how it performs, watching this thing zip around the track really gives us hope for the future of electric being exciting. It might not growl like a V8 but perhaps, one day we can get used to it if electric vehicles keep improving at this rate!

« Hiring Locksmiths to Break Into a Home With an Unpickable Lock