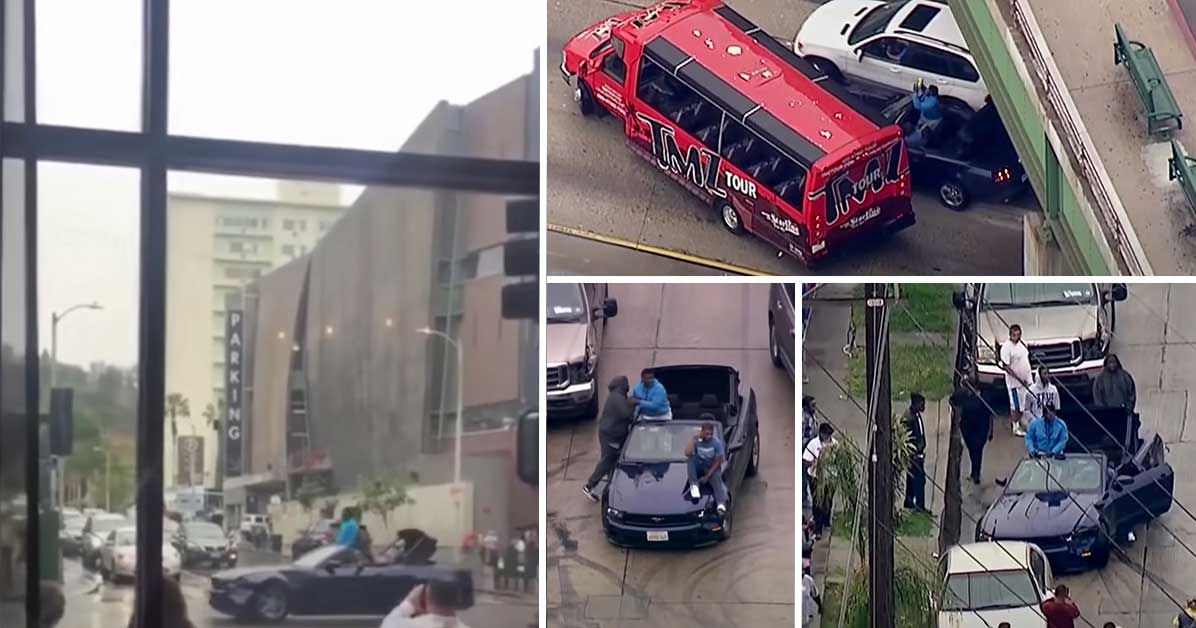 Just when we thought that the wild west was a term to describe the past, Los Angeles reminds us again and again that it still very much applies to the current day. Many times, when we flip on the news, we find that LA is kind of in a world of its own at certain times. This time, we check in with a car chase that definitely applies that phenomenon to the full extent.

As the situation got rolling, it looks like just another car chase. Sure, car chases are interesting and all but most of the time, there isn’t too much to differentiate one from the next. However, the people rolling around in this Ford Mustang really made sure that they were going to put on a show on their way to jail.

As the blue convertible made its way through the streets, the driver behind the wheel tried to get more and more dangerous. It almost seemed as if the guys inside of the car were celebrating their position which definitely seems odd. There aren’t too many people in this world who are happy when the police are in a helicopter chasing them on a high-speed pursuit.

However, as we watch the situation escalate, it ends almost as quickly as it began. As the individuals inside of the car pull over to the side of the road and meet up with some friends, eventually they begin to show off. It seems as if they stop to take a couple of poses on the hood of the car before willingly sacrificing themselves to the police. They almost seem a little bit amped up to be handcuffed.

It’s kind of hard to tell where this idea came from or what exactly prompted the behavior. The video below showcases the entire event, though, so we will leave that decision-making up to our readers.

« He Went FULL SEND Off Ramp in Ram TRX (There Was Damage!)