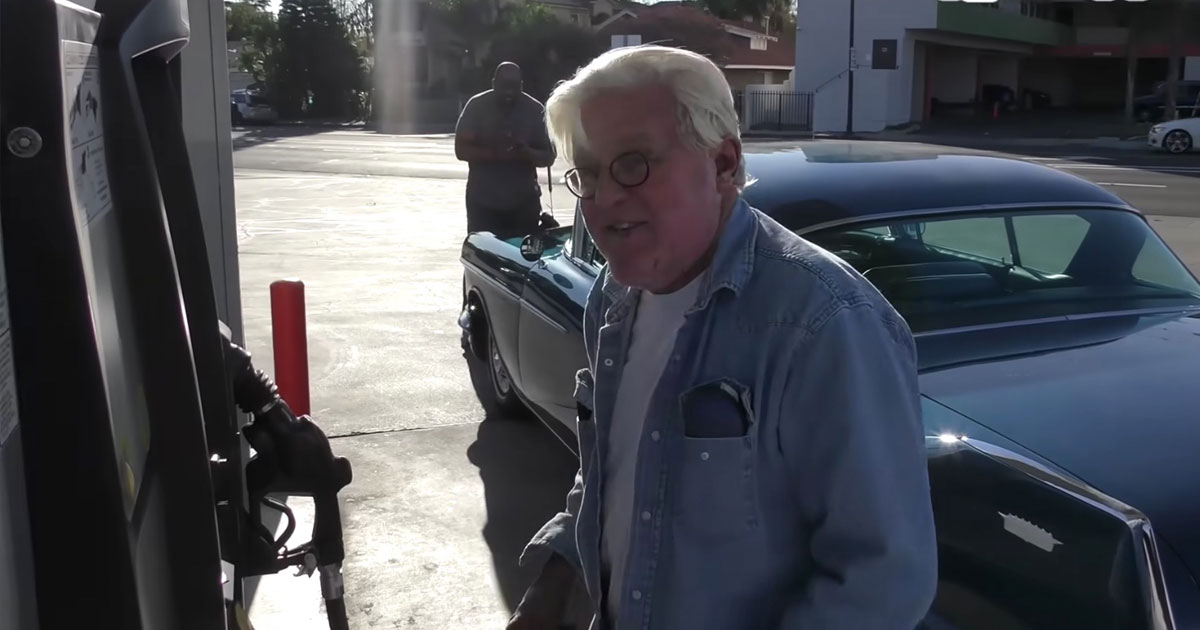 It was just a short two weeks ago that we were reporting that Jay Leno had found himself in a burn center following a serious injury to his face. The incident occurred while Leno was working in his garage and apparently, his car burst into flames. The gasoline fire burnt portions of his face and hands.

After hearing that Leno was spending his time at The Grossman Burn Center as a result of the incident, one couldn’t help but assume that it was probably going to be quite some time before he was back in action yet again. However, just two weeks following the burn, he was ready to get rolling and back into his regular life.

Leno made his return to the “Comedy and Magic” club to perform for a sold-out crowd. When the paparazzi caught up with him, the multitalented entertainer seemed to be in high spirits, even going so far as to crack a couple of jokes about his recent injury. I guess that being laid up in a hospital bed for two weeks can get the creative juices flowing.

ABC News took the liberty of interviewing some of the fans following Leno’s first show back to see what they thought. Most of them seemed to share the idea that Leno had not skipped a beat. Instead, he seems to have maintained his high spirits after this serious injury, getting back to stand-up comedy.

There hasn’t been any official word just yet. However, with this quick rebound, we would probably say that it’s safe to assume that there won’t be much of a gap if any in the production of Leno’s other work. Of course, here in the car community, Jay Leno’s Garage is a program that is close to our hearts.

In any case, it’s great to see this living legend back in action once again like nothing ever happened.