Jay Leno on Why he Refuses to Buy a Ferrari 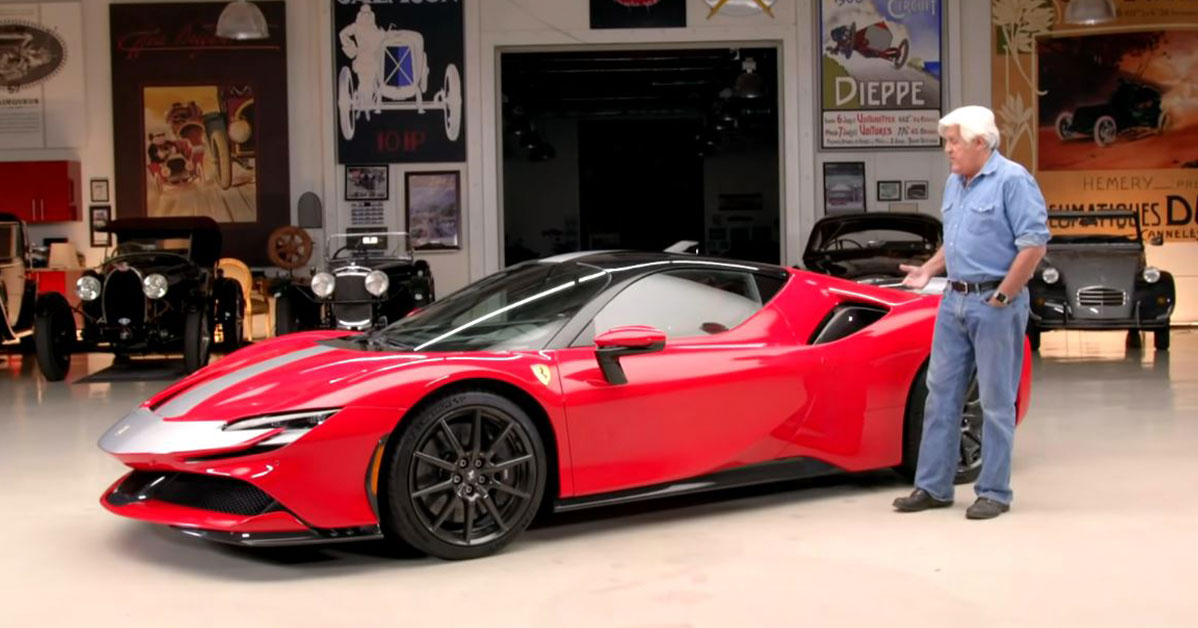 When it comes to the most popular collectors in the automotive enthusiast community, we look no further than Jay Leno as one of the community’s favorites. Leno not only has a ton of money that he spends on cars but he also knows a good bit about each one of them. Not that there’s anything wrong with somebody who goes out and just buys supercars for the fun of it but enthusiasts wildly regard Jay as one of us instead of just another rich guy going around and buying a bunch of expensive cars because he can.

With that, we find that Leno has quite an extensive collection of cars himself. However, while there are all sorts of different generations included and brands from across the world, there is one notable nameplate that is missing entirely from the collection.

That nameplate is Ferrari.

While we would think that an enthusiast who likes exotics as Jay does would certainly have a couple of slots in his collection for a few Ferraris, Leno simply refuses to buy anything with a Ferrari emblem on it. For Leno, he says that it’s not even that there’s anything wrong with the cars as he thinks that they are “excellent.”

Instead, it appears as if some of the things that go alongside Ferrari ownership are the aspects that Jay would rather stay away from.

More specifically, Leno tells us that dealing with Ferrari dealers and having to pay big time to maintain the car just doesn’t really make a whole lot of sense to him. In fact, he even goes so far as to cite his experience with the McLaren brand and its dealer service. Leno says that McLaren has even have given its owners some free upgrades which is definitely not something that we’d imagine we would find in the Ferrari playbook.