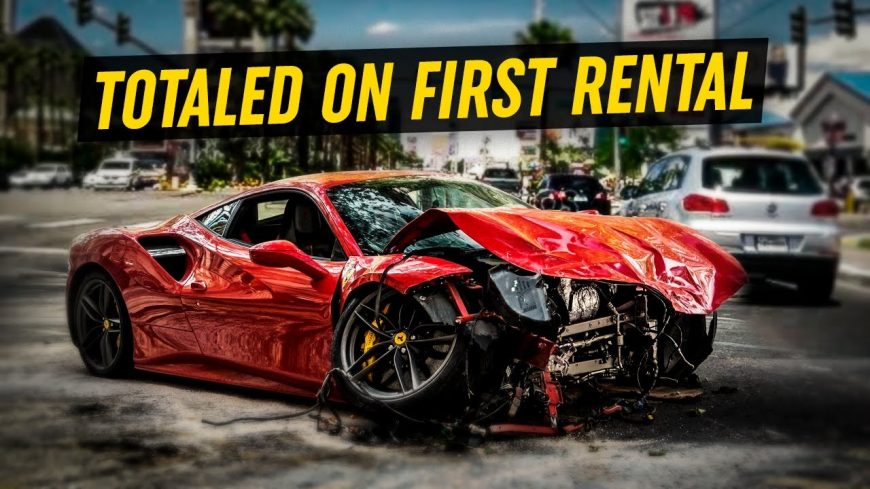 For those who operate rental car businesses and run them properly, there is a ton of money to be made. This is especially true in the world of exotic car rentals. However, it’s not as simple as one might think to keep such an establishment going.

In a perfect world, a rental company would hand over the keys to any variety of exotic cars and the customer would hand over the money. After driving around the car for a couple of days, ideally, the customer would return the car in perfect condition. However, if you know people or have literally ever been out in public, you probably understand that this isn’t going to happen every time.

Instead, mistakes definitely do happen and they are bound to be relatively frequent when putting somebody behind the wheel of a high horsepower car without even knowing if the driver has had any sort of experience with such machines. In addition, the rental car industry in Las Vegas is sure to draw in quite an eccentric group of folks as well.

This time, we check in with the situation that Royalty Exotic Cars is facing following a rental of a brand new Ferrari. The car in question is a Ferrari F8 Tributo that has a sticker price of about $275,000 or so. The machine makes 710 hp and it’s definitely one that could get away from an inexperienced driver.

In this case, that appears to be precisely what happened. Following a one-vehicle accident, this quarter of a million-dollar supercar appears to have been totaled. In fact, we’re pretty much certain that it’s been totaled after the driver ended up running into something. The renter says that he hit a rock. However, the evidence, including a cracked frame, seems to insist that this car did a little bit of curb riding before it was eventually recovered.