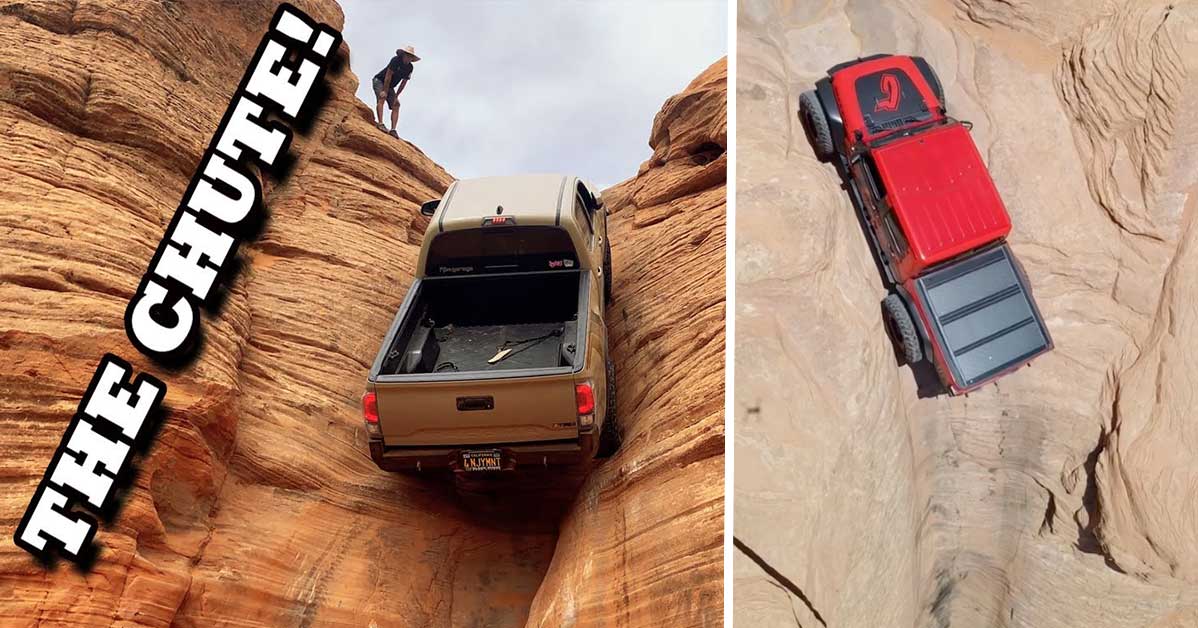 A pretty epic video over on the Monster Energy Facebook page has gone rather viral recently. Within the video, we find what looks to be a pretty heavily modified Jeep Gladiator that is taking on a climb that looks to be pretty much physically impossible.

As the video would have it, the Jeep makes its way up the gap that looks like it’s basically vertical. However, internet sleuths in the comments seem to have a question for just about everything, accusing the video of hiding a winch and doing a little bit of trick photography to make things look more intense than they actually were.

With the clip that we couldn’t seem to figure out a way to get our brains wrapped around, we decided to do a little bit of digging to see what was actually happening and this is what we came up with.

For starters, behind the wheel, we have a professional off-road racing driver in Casey Curry. In this one, Curry is wheeling his Jeep up a climb that is known as “The Chute” in Sand Hollow State Park in Utah. While some of the commenters seem incredibly skeptical, it really looks like there are no special effects or trickery used here.

Instead, “The Chute” is a pretty popular climbing attraction for people who like off-road wheeling. However, perhaps the part that is throwing off some viewers is the camera angle. While The Chute is an incredibly challenging feature to be able to climb over, it isn’t quite as vertical as the video may make it appear even though it’s pretty darn close.

Down in the video below, we check in with another video of The Chute that gives us a little bit better perspective of what Curry was going up against in his Jeep.