At some point, it becomes hard to look away from the notion that Ford’s Mustang ...

At some point, it becomes hard to look away from the notion that Ford’s Mustang attracts some drivers that just seem to be way more likely to crash. Whether it’s at an exit from a car show, a trip down the drag strip, or a little bit of friendly competition out on the street, the Ford Mustang seems to be far and away the most likely model to end up running over a curb, into a crowd, or plowing into a wall.

This time, in a video that has gone pretty viral, garnering over 10 million views in the past couple of months, we check in with yet another situation that has a Mustang going sideways quite literally.

Anticipating that the pair of Mustangs in front of him was about to take off, the driver sitting directly behind the situation pulled out a camera to record the entire thing.

As the Mustangs prepared to go, everything looked pretty normal but when we saw one small indicator, we knew that everything was going to go wrong. As the drivers were getting ready to leave the starting line, the driver on the right begins to do a burnout. Eventually, we see that the burnout wasn’t just to get the tires nice and sticky but instead, the driver rolls straight from the burnout into the race which is definitely going to end poorly.

From there, that bad feeling turns into a real situation as the car on the right ends up swerving around and trying to save it but ultimately failing miserably. When the rear end of the car kicks out, the machine veers across a couple of lanes of traffic before coming back to where it came from. It is only then that we watch the car spin around backward and slam straight into the guard rail. 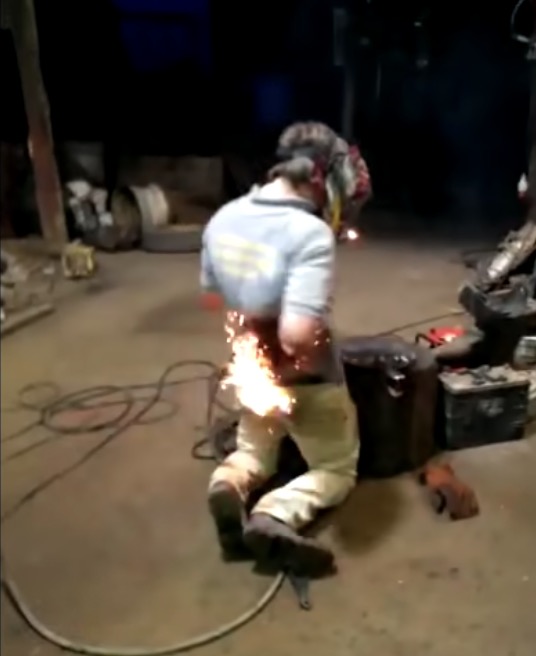