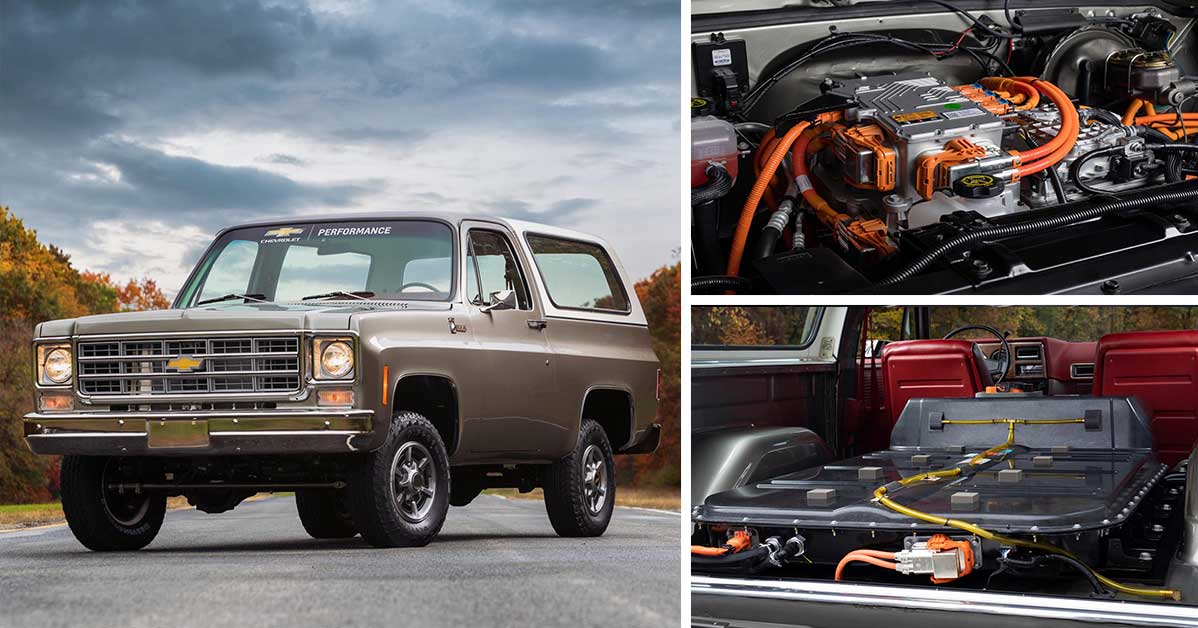 If there’s one thing that can be a little bit concerning about the future of being a car enthusiast, it’s what the landscape is going to look like. With electric vehicles taking over, there is a pretty big threat to hot rodding as we know it. However, maybe there is a silver lining somewhere in the idea that hot rodding won’t go away but perhaps it will just evolve.

This time, we take a look inside of what could very well be one of the first steps in the future of engine swaps… Well, motor swaps if you want to be a little bit more specific.

In this particular case, the candidate up for discussion is a 1977 Chevrolet Blazer that the Chevrolet’s Performance division likes to call the K5 Blazer-E. In a post made the Facebook, they say it’s an example of their passion for performance and innovation as technology evolves.

When we begin to dig into the build, we find that there are a lot of different nuances that make this thing come to life. It’s not just as simple as slapping an electric powertrain into an old-school Blazer and watching it go. Instead, there have been a lot of considerations in order to be able to use original equipment. For example, the person behind it had to think about how the electric setup is going to work with air conditioning. How is the cooling system going to work?  How is this thing going to be shifted?

This time, we get to take a tour of the K5 and all of the things that have been done to retain that unique old-school vibe. One trick thing that we found was the idea that the original fuel gauge still works properly. However, instead of telling you how much gas is in the tank, it’ll tell you how much charge is left in the batteries.

Down below, we check out the complete tour that really brings the potential future of the performance community to life.