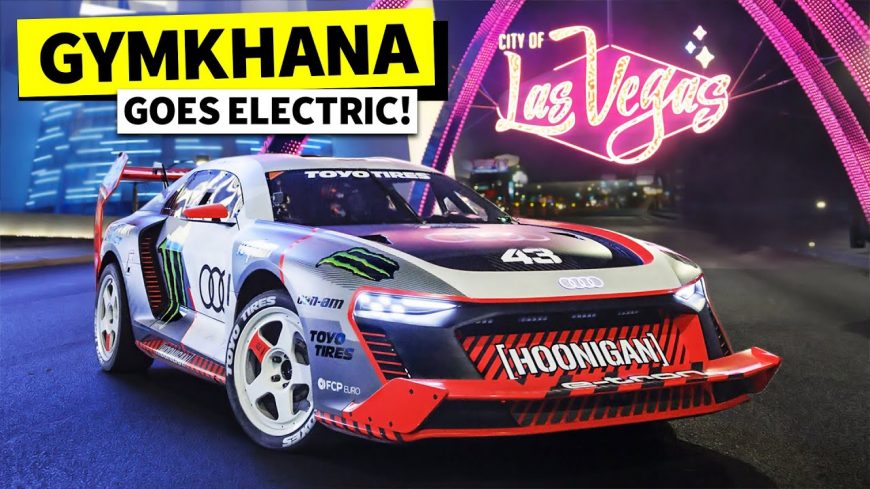 I know, I know, hyping up an electric car might be fighting words for some automotive enthusiasts. However, objectively speaking, electric power can do some pretty wicked things. For the perfect example that shows just that, we have to look no further than Ken Block’s “Hoonitron.”

We know that Block always puts together something good for his stunt driving mega videos that he calls “Gymkhana” so we were intrigued to see how it would turn out when he switched it up from combustion to electric.

To get the job done, Audi actually jumped in to build Block his very own one-off monster that certainly is a special car. The machine is an Audi S1 that was built from scratch, especially for this application and has been outfitted with the likes of lots of electric power. While Audi wouldn’t unveil the exact price to get the car to where we see it now, we’re told that it’s a lot… a LOT.

Block estimates the build to have cost somewhere between $10 million and $12 million.

Oh yeah, and Audi’s advice when handing over the keys – “Don’t crash it.”

This time, we check in with yet another display of Ken Block driving mastery, showcasing “Electrikhana.” Much like Gymkhana, this new version involves a crazy racing machine sliding around a crazy playground and making jaws drop to the floor. The slight difference this time is that the monstrous horsepower isn’t making a ton of exhaust noise. Instead, it seems to make a distinct whining, almost like a remote control car on steroids… lots and lots of steroids.

In any case, if this example of driving doesn’t show some performance fans that electric performance can really kick ass, we’re not sure what can. I mean, does it really get much better than AWD burnouts from a standstill without anything holding the car back?

Check-in with that and Block’s ability to REALLY push the boundaries of what’s possible behind the wheel with Electrikhana below.

« Ride Along With M*rder Nova’s POV From NPK (Recap)