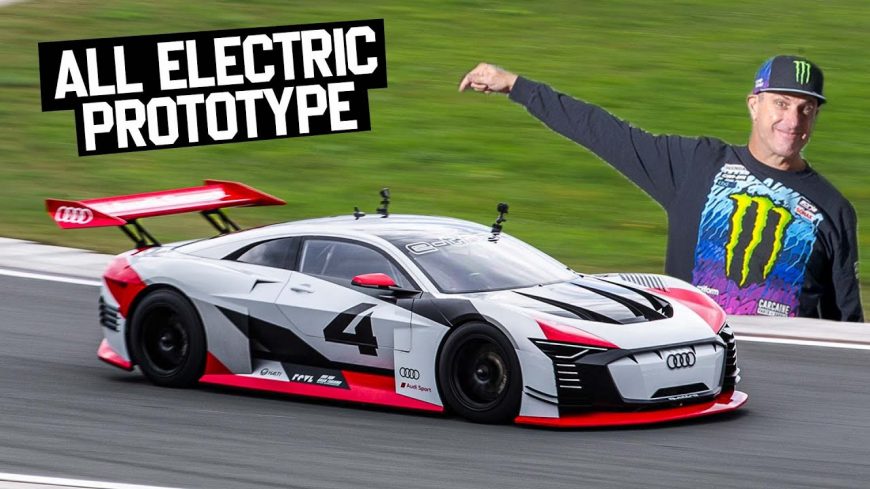 Anybody who is vaguely familiar with Ken Block knows that this guy has been behind the wheel of a variety of different intense machines. These aren’t just any machines that Block is driving, either, as he has both driven and created some of the most insane race cars that the car community knows about.

Therefore, when Block goes on to say that driving a car is a “Dream come true,” we have to say that we’re all ears to hear about what such a machine might be able to accomplish.

This time, Block joins forces with a variety of different Audi creations to see what all of the hype is about. It seems like the main draw here, though, is an Audi e-tron Vision Gran Turismo. For those who aren’t familiar, the model is a two-seat concept car that is powered by 3 electric motors.

Created in 2018, the machine creates 804 hp and 738 lb-ft of torque with a curb weight of 3,197 lbs. However, what’s noteworthy is that the power source should make this thing drive a lot differently than its combustion-powered counterparts. Given that it’s a single-speed fixed gear and the throttle will instantaneously and precisely deem how much power is being produced, the e-tron Vision GT an entirely different experience.

Down in the video below, we get to ride along as Block discovers and enjoys the all electric prototype. Following that, he also gets to drive one of the most extreme combustion-powered Audi racers as he hops behind the wheel of an Audi V8 DTM Car that can crank to 11,500 rpm.

As far as what the future holds for racing, we can’t really be exactly sure. However, in this video, we definitely have a couple of awesome options and we think that no matter which way you go, one couldn’t go wrong with either.