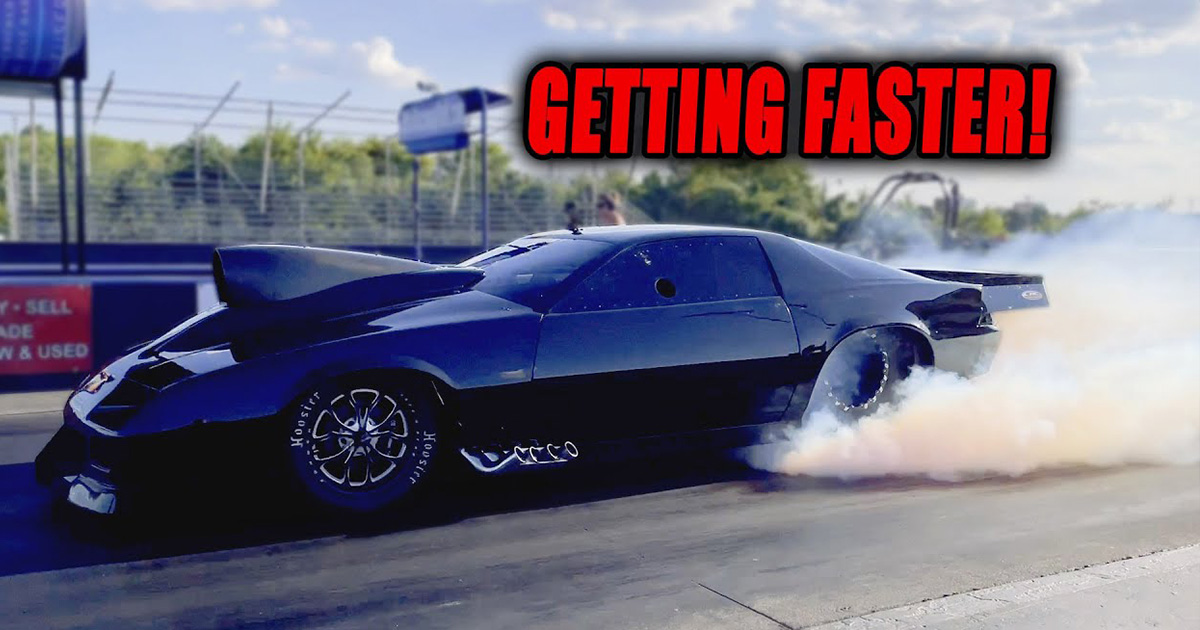 To say that Kye Kelley has been a busy individual would probably be a little bit of an understatement. Between building a new car for the recent Street Outlaws: End Game production and putting together a new version of his big tire car that ended up in an accident, it’s safe to say that his hands have been full for quite some time now. In addition, Kelley still has to face all of the regular challenges of racing competitively. To be a little bit more specific in this case, he has been putting up with some trailer issues that have certainly been lingering and inhibiting progress.

This time, though, it seems as if the racer is able to take a pretty substantial step forward. With a car like Kelley’s big tire Camaro known as “Shocker,” it’s not necessarily a combination that somebody would be able to put together and immediately have success in. Sure, early success is probably not out of the realm of possibility. However, with most of these cars, there’s a lot of data that needs to be gathered and adjustments that need to be made in order to take them from a raw initial build to the finely tuned machines that we see competing at the top of their game.

It seems as if, like many of his peers, Kelley isn’t exactly afraid of a little bit of hard work. In this particular video, we go behind the scenes to see some of that hard work unfold. Along with learning about the progress that has been going on with Shocker, our host also tells us a little bit about what’s been going wrong. Between swapping motors and converters along with some simple issues popping up, getting this car just right has certainly been a full-time job. With all of the effort invested, when all of the loose ends are tied up, we’re sure that the payoff is going to be massive.