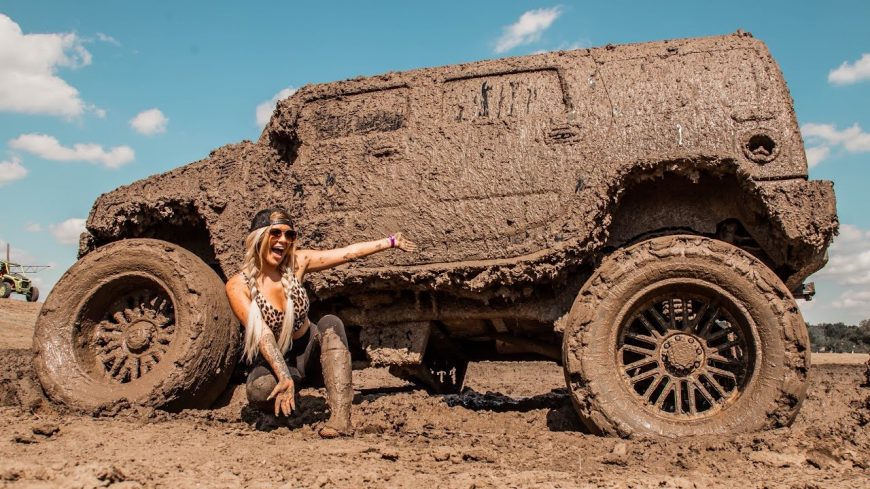 Sometimes, certain points can create a little bit of controversy in the automotive community. As we find our way into different niches, we find that the folks within these communities tend to be rather divided sometimes.

One community where someone might find that there is a dividing line is that of lifted truck enthusiasts. For some reason, there seems to be a pretty stout division between those who like to go off-road and those who don’t. Furthermore, some folks in the off-road community take it upon themselves to poke fun at vehicles that have been lifted just for street use.

I’m not going to interject with my personal opinion but what I can say is that there are people out there who are trying to break down these lines of division.

In this particular footage, we check in with YouTube creator, Lacey Blair. The idea behind this particular outing, that took her to the “Rednecks with Paychecks” off-roading event in Texas, was to take a Hummer H2, specifically built for the SEMA Show, and throw it in the mud!

When it comes to high-dollar rides that most certainly almost never see the mud, you can take one look at SEMA builds.

We aren’t necessarily saying that’s a bad thing but when the idea of the show is to display your talents and abilities, you’re not necessarily going to make a build that took a long time and lots of money and abuse it in the mud.

This time, though, Blair goes full tilt, taking the Hummer where not too many SEMA builds have been before. So, will this lifted monster be able to make it through the mud? There have been a couple of questions about just how capable a machine like this would be when faced with an actual challenge.

It’s time to find out just how well it’s going to do in the video below.